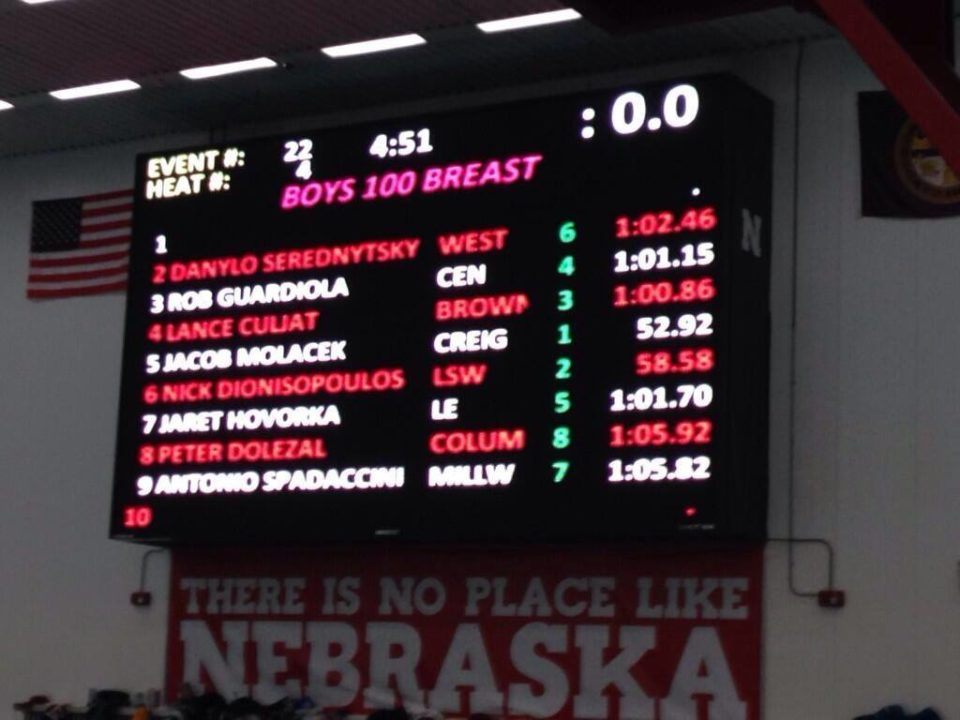 Jacob Molacek was a latecomer to high school swimming, opting to focus on his club training until his junior year.... Current photo via Will Tjaden/@willtjaden45

Jacob Molacek was a latecomer to high school swimming, opting to focus on his club training until his junior year.

He’s caught up in a hurry for Creighton Prep, though, as on Friday in prelims at the Nebraska High School State Championship meet he broke the National High School Record in the 100 breaststroke with a 52.92.

This swim shows just how dangerous the incredibly versatile Molacek could be for Auburn next year. In becoming the first breaststroker to clear 53 seconds in a high school meet, he’s completed the development of his breaststroke at an unprecedented clip. When he started his senior year, he had been no better than 55.0; when he started his junior year, he was no better than 57.1.

Again a high school record in prelims!
Impressive swim.
The first under 53.
Congrats.

He finished that 100 breast quicker than the announcer could pronounce the name of the guy in lane 6! Anxious to see what his 100 free comes in at. Jacob already has the 200 free record – He set last year.

Didn’t get a prelim ticket and now I’m kicking myself! Congrats Jake, Prep and Coach Beck on a great meet so far!

Got my ticket for tomorrow, going to be a great show overall!