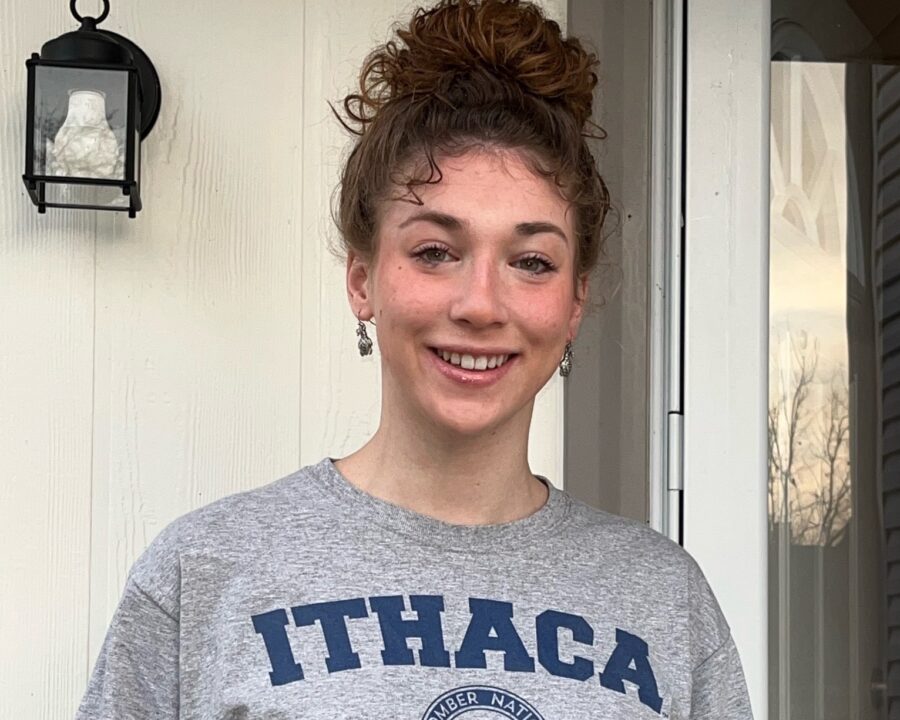 Making the trip to Ithaca, New York from her hometown of Buffalo Grove, Illinois this fall, Norah Polonsky has announced that she will be joining Ithaca College’s freshman class of 2022. Polonsky is currently in her senior year at the Adlai E. Stevenson School.

“I am so excited to announce my commitment to continue my academic and athletic career at Ithaca College. Thank you to my parents, coaches, friends and teachers for helping me get where I am. Go Bombers!!!”

In the long course pool, she posted nearly all of her lifetime bests last summer at the 2021 North Suburban Splash. There, Polonsky hit new bests in the 50, 100, 200, and 400 freestyles, as well as both backstrokes.

With her club team, CATS Aquatics, Polonsky is currently coached by one of Russia’s top swimmer swimmers of the 90’s. The club’s senior coach, Vlad Pyshnenko won four Olympic medals between 1992 and 1996, setting a world record in the 800 free relay while representing the Unified Team.

While the Liberty Conference didn’t have a season during the 2020-2021 school year, the Ithaca women were the conference champions in the spring of 2020. The Bombers were led that year by distance specialist Morgan Hoffman-Smith, who claimed the conference title in both the 500 and 1650 freestyles.

Coming into college, Polonsky will already hold best times that put her on the edge of scoring in the C-final at the conference championships. In 2020, her best times would have narrowly missed earning a second swim in the 50 and 100 freestyles, but were good enough to make it back at night in both the 200 and 500 freestyles.

Ithaca is currently in its first true season as a combined program after longtime women’s head coach Paula Miller announced her retirement following the 2020 school year. Under Miller’s guidance, the women achieved 12 top-10 finishes at the NCAA Championships and won 30 conference titles. Miller was also twice recognized as the NCAA Division III Coach of the Year. The program is now led by Kevin Markwardt, who spent 34 years guiding the men’s team before taking over the combined program.

Ithaca College is also home to one of the top DIII pools in the country, with the pool featuring up to 21 short course lanes and 9 long course lanes.