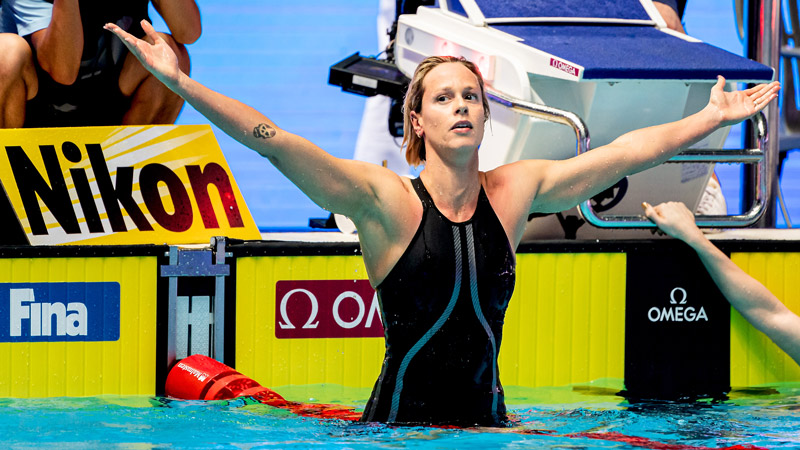 The Italian Swimming Federation (FIN) announced today that 41 swimmers have been selected to represent Italy at the 2019 European Short Course Championships.

The competition will be held In Glasgow, Scotland, from December 4th to 8th.

The Technical Director of the National Team, Cesare Butini, said in a FIN press release:

“The invitations to the next short European Championships are in line with the quality of our development. The team is, as always, of a remarkable technical level and includes the presence of both experienced and young athletes. All of our best athletes will be there.

“In the respect of the indicated criteria, thanks to the support of the federal management, we wanted to start, as already said in other places, a process of generational change inserting some young people, like Cocconcelli and Deplano, who have distinguished themselves in the recent season, to favor their technical growth. I have also included some athletes who have given important signals at the beginning of the season, such as Rivolta, Scalia, Pirovano, Caramignoli and Tarocchi.”

In that vein, the team consists of a good mixture of experienced athletes such as Federica Pellegrini, Gregorio Paltrinieri, Gabriele Detti, Simona Quadarella andyoung talents such as Benedetta Pilato, Thomas Ceccon, Costanza Cocconcelli, Leonardo DePlano, Anna Pirovano. They will be able to successively take the next steps on the international stage after their outstanding performances in the Junior events last summer.

At the last edition of the short course European Championships, Italy earned the 2nd-most medals, 17, behind only Russia, and ranked 3rd in the medals table order with 5 gold, 7 silver, and 5 bronze (behind Russia and Hungary). That was the front end of an explosion in Italian swimming that has allowed them to climb back to the forefront of the world’s swimming nations.