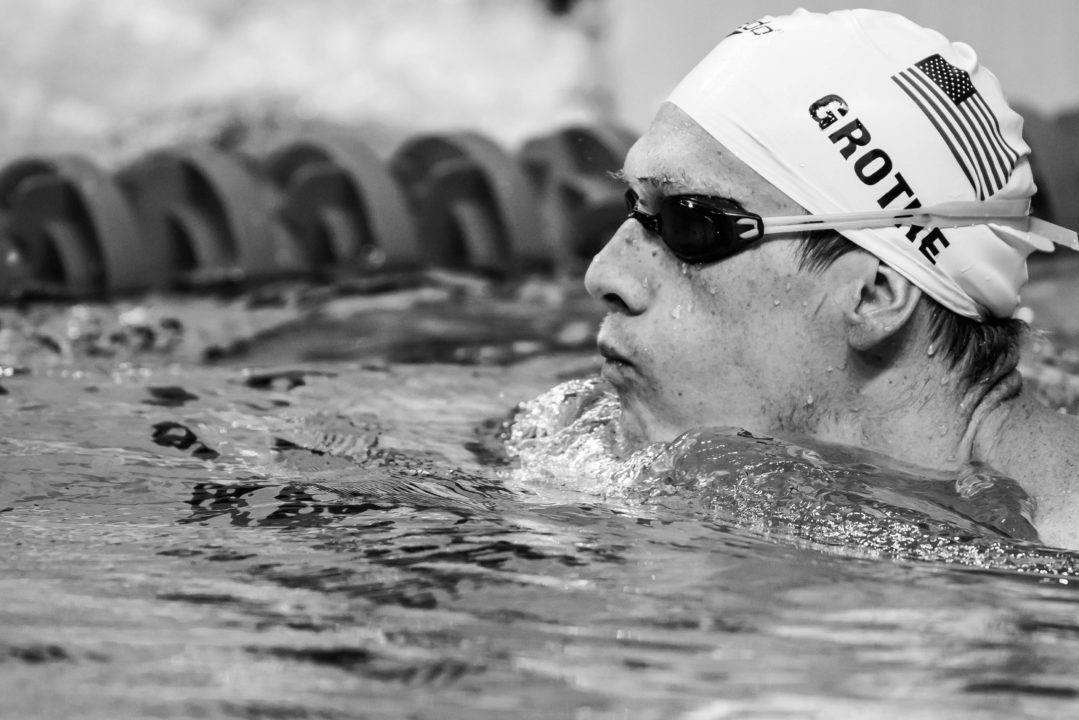 When the psych sheets for the 2018 Pro Swim Series meet in Austin were released over the weekend, several readers had questions about whether the entire Indiana post-graduate group had up-and-moved to southern California.

The answer is a confirmed: no.

A portion of the Indiana post-graduate group, which includes American Record holder Zane Grothe, Ashley Neidigh, Margo Geer, Amanda Kendall, appear on the meet’s psych sheets as “Una Mvn-CA” – or Unattached Mission Viejo Nadadores swimmers. This status implies that they are transitioning to represent the Nadadores in USA Swimming competition, and Indiana head coach Ray Looze confirmed that to SwimSwam on Tuesday.

While Mission Viejo, newly-led by head coach Mark Schubert, will be the teams’ home club, the swimmers will continue to live and train in Bloomington with the post-graduate staff at Indiana. The Indiana coaching staff will remain their coaches of record, but their points will count toward Mission Viejo’s tally.

Neidigh said that the partnership may include participation in a meet in southern California or a training trip to the area, but that those details were still being arranged.

Not the entire group is making the switch – Olympic gold and bronze medalist Cody Miller will continue to represent his childhood club Sandpipers of Nevada.

The arrangement is similar to one that the prior generation of the Indiana post-grad group had with the Badger Swim Club in New York. That arrangement involved the pros travelling to compete at LSC Championships for the Badgers.

Does this seem dishonest to anyone else?

I don’t get this either

Short answer: yes, but there are no rules against it.

There is a long history of athletes doing this, and until swimming finds a way to provide more compensation opportunities for “professional” athletes it will continue.

I don’t see this being a long term deal with MVN— parents will revolt.

Thoughts on how to make cash as a pro without endorsements? Traditional jobs seem unlikely as who is willing to hire someone that can work from 9 to noon.

This was very common a generation ago, most prominently with Schubert at MVN. He’d gather ringers to swim under the MVN cap at national level meets & those swimmers would get meet travel expenses paid.

Surely some money must be exchanged, even if it is just travel funds. Who is the swimwear provider for MVN? Dolphin? Are these swimmers sponsored by the same swimwear company?

What exactly is the point of swimmers doing this? I’ve never really understood it completely. Is it similar as to how some swimmers represent NYAC but train at their own discretion?

I don’t understand… how do the elites get money from this arrangement? who gives it to them, and for what?

I’m confused too. It would be nice if it explained more in the article.

Money for athletes and exposure for Mission.