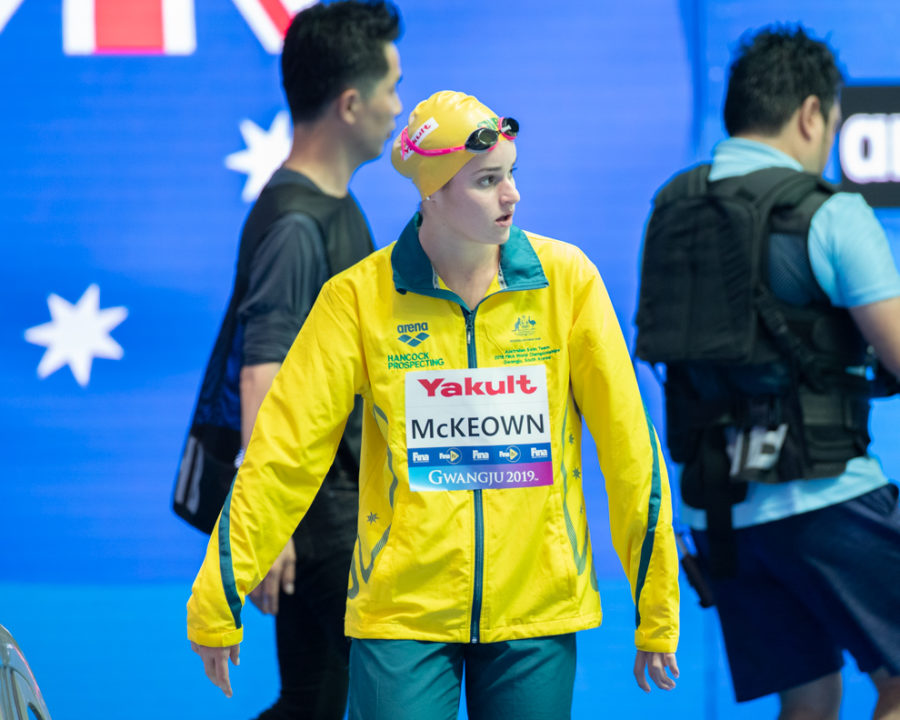 19-year-old Kaylee McKeown threw down a massive 100m backstroke time of 57.93 to not only claim the meet title here at these Queensland Championships but to make history for her nation. She broke her own Aussie national record and All Comers record en route to putting up the second-fastest performance ever worldwide.

You can read about McKeown’s remarkable swim here.

Instead of relishing her achievement and taking the night off, McKeown got back in the pool in the same session to race the women’s 400m IM. And, the USC Spartan made a major statement to boot.

Entering this meet, McKeown’s lifetime best in the grueling 400m IM rested at the 4:38.69 she logged at last year’s edition of this competition. Flash forward to tonight, however, and the teen blasted a head-turning time of 4:32.73.

That means, in the same session as she clocked the world’s 2nd fastest ever 100m back, McKeown regrouped and hacked nearly 6 seconds off of her previous PB in the women’s 400m IM to take a 2nd Queensland title.

In doing so, McKeown’s 4:32.73 now ranks the teen as Australia’s 2nd fastest performer ever, sitting only behind Olympic icon Stephanie Rice, whose time of 4:29.45 from the 2008 Games in Beijing remains as the Aussie national record.

Splits for McKeown’s impressive outing are below, with her 4:32.73 result ranking the Aussie as the 14th fastest performer ever in the event.

Aussies swimming fast outside the Olympics.

Charmers , Horton and our 4x 100 women’s team beg to differ

Yes. You are correct

Quite a big difference!

Impressive! How does this fare globally?

This year 2nd about .4 behind M Margalis who has had a stellar year expertly putting a ‘ll her strengths together.
I knew this was coming but I did not know when they would bring this event out .

Done! Thanks, definitely a huge difference!