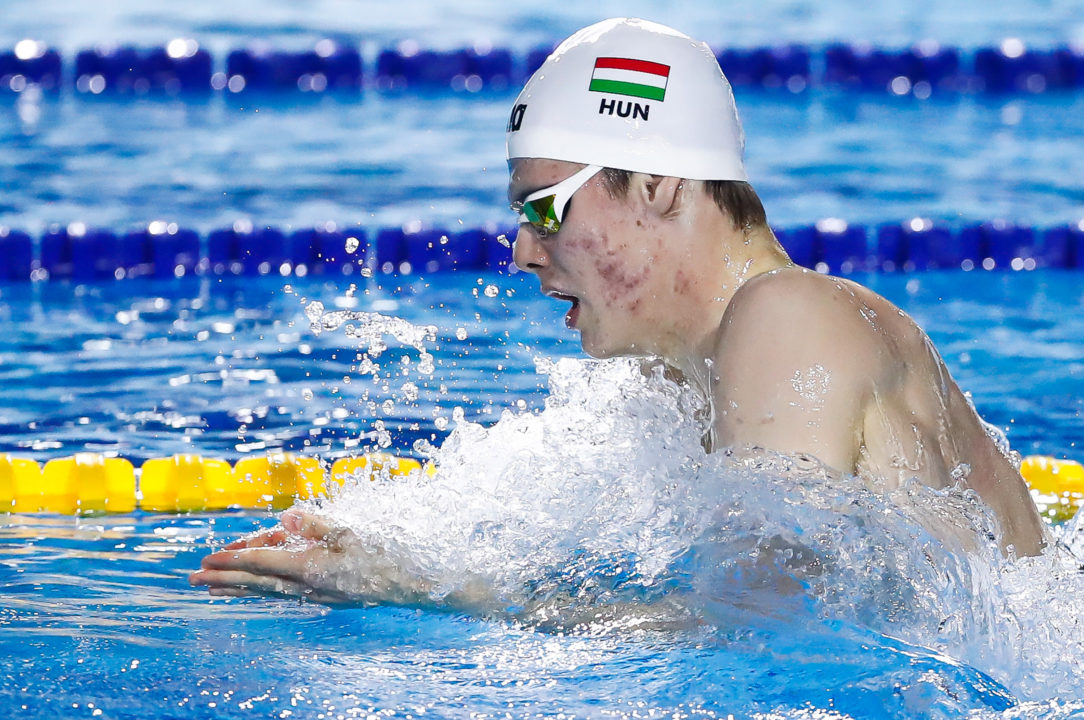 Kos broke the record held previously by Ilya Borodin (Russia), breaking 1:58 for the first time ever in the process. Current photo via Istvan Derencsenyi

Aside from the new Hungarian national record in the 4×200 free relay, which got a huge 1:44.86 anchor from Kristof Milak, 17-year-old Hubert Kos cracked the European junior record in the 200 IM during day two prelims at Hungarian Spring Nationals .

Kos, who turns 18 in a few days, dropped a 1:57.58 to easily clear Russian teenager Ilya Borodin‘s previous mark of 1:58.00. Borodin hit that time pretty recently, the performance coming from October 2020.

Kos neared the record a few months ago with a 1:58.31, which won the Hungarian title at their December championships. He enters the top-five in the world rankings, surpassing Japanese star Kosuke Hagino for the #5 spot this season.

Bold prediction time! Milák will break the Hungarian National Records in the 100/200 free and the 100 fly at this meet.

I think it would be great if he could break one of them.
1:45.54 in the 200 free seems realistic, not sure about the other two.

Europe might finally have a couple of IMers who could really break up the USA vs Japan domination in the next couple of years.

Also i think that Ceccon could become very good in the 200 IM if he can become decent in the breaststroke.

A couple of years ago Europe had Johannes Hintze and Hugo Gonzalez who both looked very promising and haven’t turned into anything, so it is certainly too early to celebrate.

He is Hungarian and a very promising IMer. That should be enough to know that he will be great based on Hungary’s reputation on IMers throughout swimming history.