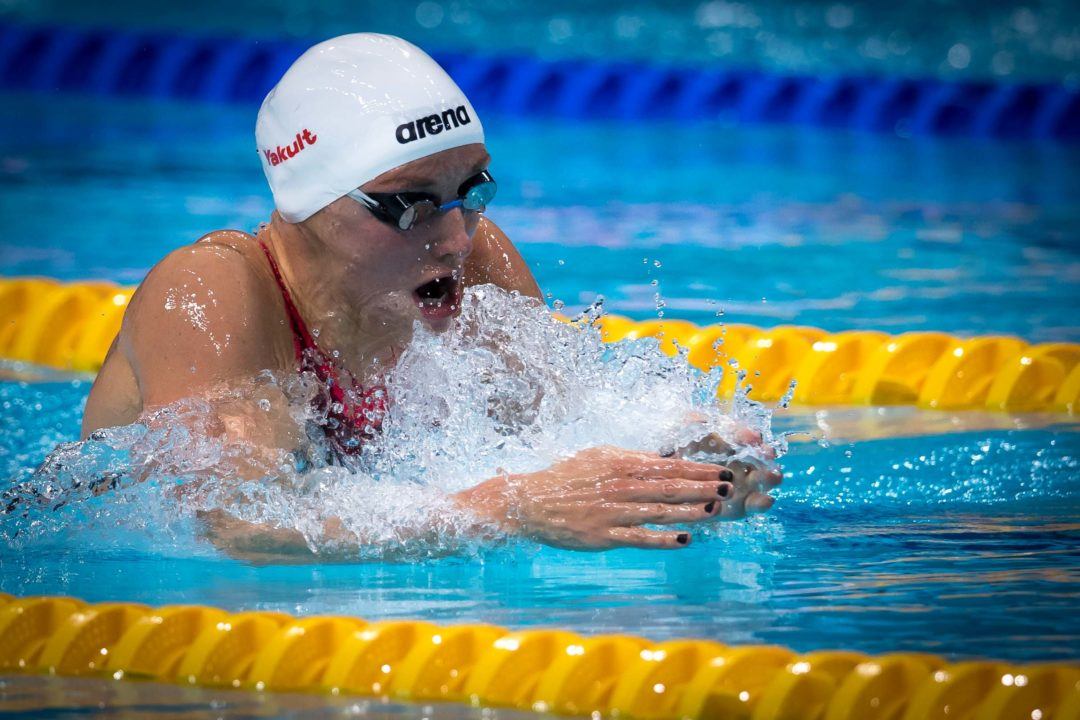 Day 2 of the 2018 Lausanne Swim Cup saw Hungarian Katinka Hosszu snag two top seeds to continue her monster year of racing. The Iron Lady snagged the pole position in the 100m backstroke, clocking 59.73 to fall just .20 shy of her meet record set back in 2016. Canadian Taylor Ruck is right behind in 59.87, setting up a potential fiery duel for this evening.

Hosszu also was the top swimmer of the morning in the 100m IM, clocking 58.86 for the top seed. That’s again within striking distance of her own meet record, which stands at the 58.40 from last year. She was the only racer of the morning heats to delve into sub-minute territory. Of note, both Dutch speedster Ranomi Kromowidjojo and Canadian standout Kayla Sanchez lurk in tonight’s final with morning efforts of 1:01.10 and 1:01.44, respectively.

For her part, 17-year-old Sanchez was in the water several times, also earning the 4th seeded time of 31.12 in the 50m breaststroke. France’s Charlotte Bonnet captured lane 4 for tonight’s final in 30.75, while Canada’s Kierra Smith will also contest for the title with her 50m breast morning swim of 30.89.

The women’s 50m free saw Short Course World Champion Kromo take the top spot with ease, registering 24.18, while Sanchez, Bonnet and Ruck put up solid AM swims as well. Sanchez will flank Kromo with her 24.32, with Bonnet on the other side in 24.68. Ruck was also under 25 this morning in 24.78.

Yuri Kisil of Canada put his countryman Brent Hayden’s National Record on notice with this 50m free heat swim of 21.75. That’s within .41 of Hayden’s 21.34 NR that’s been on the books since the supersuit era in 2009.