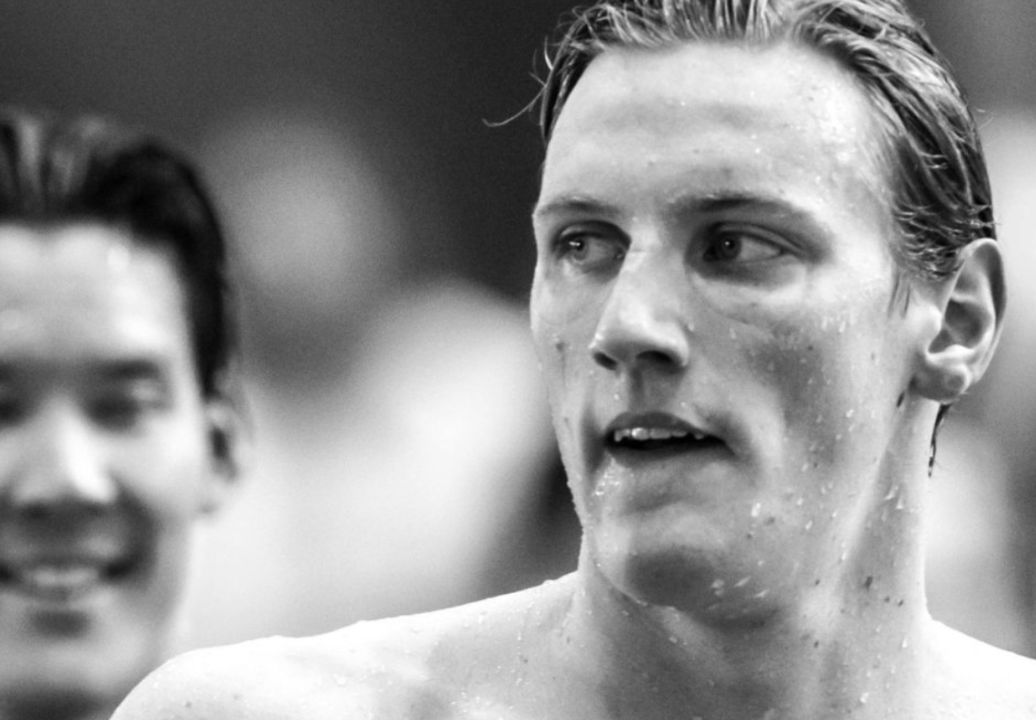 Australian freestyle ace Mack Horton made waves both in and out of the pool at the 2019 FINA World Championships and spoke about it recently.

Australian freestyle ace Mack Horton made waves both in and out of the pool at the 2019 FINA World Championships. In addition to wrangling up the silver medal in the men’s 400m free, Horton refused to climb on the podium to stand next to gold medalist Sun Yang of China.

His abstaining from podium celebrations and standing behind the platform on the floor during the Chinese national anthem there in Gwangju was Horton’s way of protesting Sun even being present at the competition. At the time, Sun was facing a CAS hearing regarding the World Anti-Doping Agency’s appeal case against FINA’s decision not to sanction the world record holder over his blood vial-smashing incident in September.

Since then, Sun was banned for 8 years only to see a reversal of that punishment by the Swiss Court. As it stands right now, Sun will be able to compete at the postponed 2020 Olympic Games set to begin in July of this year, although the Court of Arbitration for Sport (CAS) is meeting next month.

Horton has made it known he has plans to make some noise once again should both he and Sun be present in Tokyo just over a hundred days from now. Speaking with The Sunday Telegraph, Horton stated this week, “Yeah, I would do something again.”

Reflecting on his Gwangju spectacle, Horton said, “I did it because I didn’t want to regret not doing it or not saying something.”

And he’s been dealing with the aftermath ever since, reportedly being victim to online abuse, as well as what he believes to be lost sponsorship deals due to his speaking out against a Chinese athlete.

“It was obviously pretty brutal for a bit and it goes on,” Horton told The Sunday Telegraph. “But you adapt. Everyone’s got used to it and we’ve obviously got a fair bit of support as well.”

We’ll see if both Horton and Sun wind up in Tokyo.

All the world’s best will be asking “why rules aren’t applied evenly to all”? , Sun broke the rules …why should he be there ?
This is not about who thinks they are before the competition is held .

Horton is a standup Kinda Guy.

Good on him.
He should be given a gold not a Silver

If Mack could do Thorpe times of 20 years ago , he would have no problems .

Jack has been out for nearly two years, and may be out for another two, she had a minute amount of drugs in her sample. She has been unable to train with a squad etc. Sun Yang has never missed a major competition. See the difference ?

I love the pathetic use of Shayna Jack. Lets get facts right;
Shayna didn’t swim in the Wold Championship & didn’t win 2 gold medals in relays which Australia won, nor will Shanya swim at the Tokyo Olympics.
Sun Yang swam in the World Championships & won 2 Gold medals.
Sun Yang has appealed to swim in the at the Tokyo Olympics.
Notice the big difference Shane Potsdam?????

I respect him for sticking to his guns even under all the pressure. That’s commendable in this day and age

I think if you protest in an Olympic podium you automatically lose your medal.
There is a whole set of rules in place especially since a Judo athelet protested and lost his medal

Except no vials were smashed acccording to Australian.Olympic sports journalist Tracey Holmes who read the entire report ( ABC .net.au) Other Australian sports lawyers & commentators have seconded that .

I am willing to read your evidence .

You’re engaging in quite the verbal semantics there:

“the blood vials were not smashed with a hammer, only the container. “To the panel’s knowledge,” the blood vials remain in the possession of Dr Ba (although they are no longer eligible to be tested because the chain of custody was broken).”

So yes, saying smashed vials is incorrect, but using a hammer to open the vials container so the vials can’t be tested has the same effect at the end of the day…

As much I like Horton, I feel like the whole narrative of the 400 (and even 200 to an extent) being purely defined as a Sun vs. Horton era for many discredits a lot of other amazing swimmers like Scott, Rapsys, Guy, Detti, etc. I don’t think Horton is the undisputed 2nd best by any stretch of the imagination, and the feud takes away attention from other equally valid competitors.

You’re choosing to look at it that way. Like it or not protest requires individuals to act, and that brings attention to them. It’s not like he can protest anonymously; he (along with Duncan Scott and if they had wanted to the other podium finishers) was the right man at the right time to make the statement. If Rapšys finishes second behind Sun at the Olympics many people will rightfully regard him as the true champion, and he will largely have Horton and Scott to thank for that.

I’m not saying he shouldn’t protest, I’m saying the drama shouldn’t be the main focus of swimming & regular news as much as the literal swimming should. The drama shows a picture of two people, when the actual times show that it’s a very closely bunched field with a plethora of names equally deserving.

Although Sun has some temper and action that others feel hard to bear,I still trust him being the real champion

Well Horton won the olympics so that says enough. And its not about that anyway. Its about Sun is a cheat and shouldn’t have been there and shouldnt be in Tokyo and if he is there will be alot more protesting than just Sun and Scott.

Let me know when any of those guys has finished first or second in the 400 at worlds or Olympics from Rio until now. Scott doesn’t even swim the 400. The only one who is close to Horton’s achievements is Detti who is very consistently bronze behind Horton.

Its about clean sport!