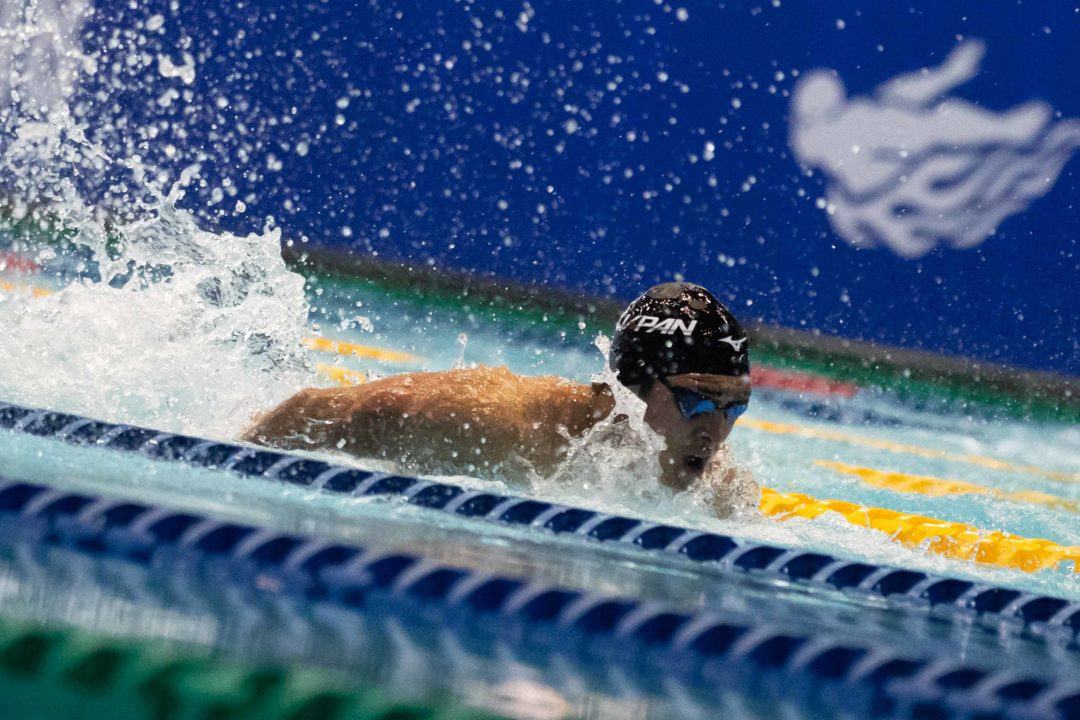 As a testament to how incredibly impressive the top men’s 200m breaststrokers have been over the past couple of years, the fact that 19-year-old Shoma Sato clocked a time of 2:08.24 seems nearly pedestrian.

The Keio University swimmer is currently situated as the #1 swimmer in the world in this 200m breast event, having thrown down a massive 2:06.74 just earlier this month at the Japan Open. Here at the 2021 Tokyo Open, Sato posted a time of 2:08.24 to handily beat the field, with the next-closest competitor represented by Takera Tatsuya and his time of 2:09.48.

The double IM gold medalist there in Gwangju, Daiya Seto, was also in the water tonight, contesting the men’s 200m fly. Racing here untapered and in-training Seto settled for a time of 2:00.72 to take 6th place in the men’s 200m fly.

Winning the event was consistent swimmer Nao Horomura, who touched in 1:56.80. That held off a charging Takumi Terada by only .06, with the latter getting to teh wall in a swift 1:56.86.

Horomura has already been as quick as 1:55.68  earlier this month, a result which rendered him as the 4th fatest 200m flyer in the world this season. Terada was 1:56.11 last October, so the man was within a second of that performance as runner-up this evening.

Checking in with the best time of her career in the women’s 100m freestyle was 25-year-old Chihiro Igarashi. The Tokyo Frog Kings’ ISL team member punched a winning effort of 54.42 to top the podium, getting to the wall with a .18 advantage over Rika Omoto. Omoto wrangled up silver in 54.60.

For Igarashi, her previous PB in this 1free entering this 2021 Tokyo Open rested at the 54.63 she posted just earlier this month. However, here, opening in 26.40 and coming home in 28.02, Igarashi now becomes Japan’s 8th fastest performer all-time.