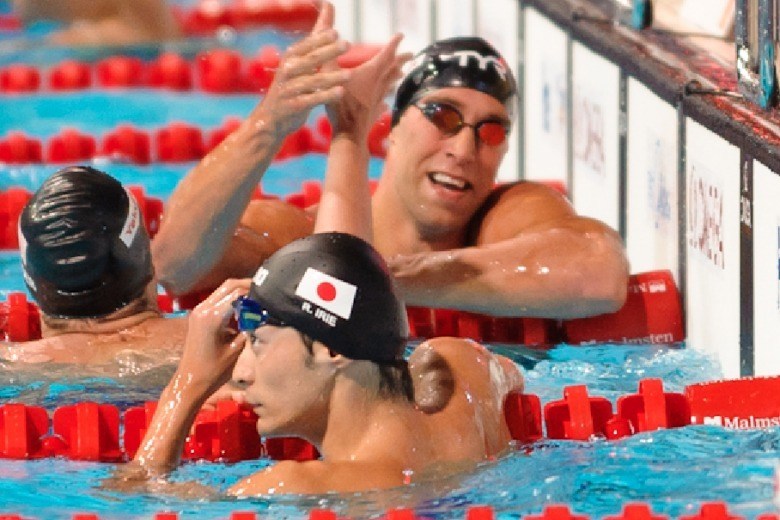 Swimswam / Braden Keith coverage of the men’s 100 backstroke at the 2013 FINA World Championships:

He wasn’t nearly as fast as he was to win gold at the Olympics, but Matt Grevers was still good enough for gold. He was the only man under 53 seconds, taking victory in 52.93. This was a classic, even-paced Grevers swim (he split 25.39/27.54) where he didn’t blow his speed out on the front half nor save it all up for the back half, but put in two outstanding 50′s for the victory.

His American teammate David Plummer took 2nd in 53.12, reversing what we saw at the United States’ World Championship Trials, where Plummer was the winner.

France’s Jeremy Stravius was out very fast, which at the 50 had most of us thinking he was in a position to win, but he ended up fading a bit in the last 15 meters and took bronze in 53.21.

Australia’s Ashley Delaney was 6th in 53.55. That’s a strong swim, as he is the key leg if the Australians hope to win the 400 medley relay – he needs to be within about half-a-second of the American backstroker.