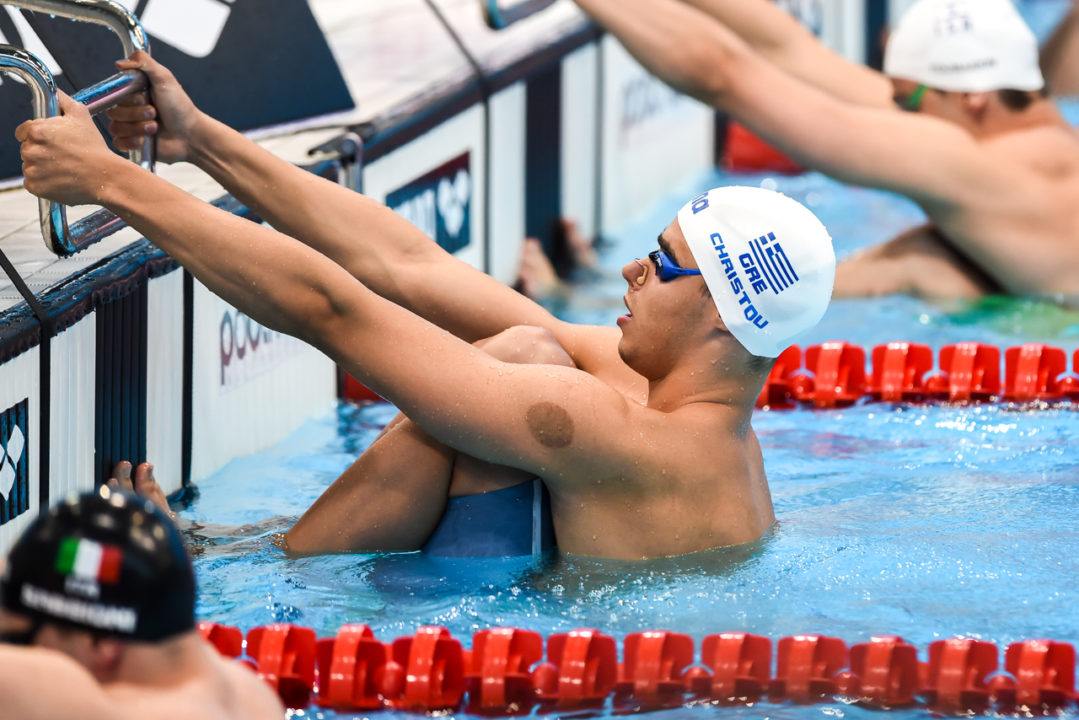 Apostolos Christou led off in 53.24 to lead the Greeks to a new national record and up to the 3rd Olympic Wildcard position Archive photo via Peter Sukenik/www.petersukenik.com

The The Greek 400 mixed medley relay staked their claim on Sunday to race at this summer’s Tokyo Olympics with two days left in the qualification period.

Sixteen countries qualify in each relay for Tokyo: the top 12 teams from prelims at the 2019 FINA World Championships have already earned an automatic qualification spot for Tokyo; this leaves four “Wildcard” spots for the next fastest teams during the qualification period, which runs through today.

This is the second relay that the Greeks have moved into a qualification position as on Friday their men’s 400 medley relay moved up to the fourth Wildcard position.

Besides the Greeks, the final weekend of qualification has seen Canada and Hong Kong move up in the rankings into a Wildcard position.

The rankings of the 400 mixed medley relay:

Mark, there is a typo. Where you wrote greece men free relay. It should be greece men medley relay