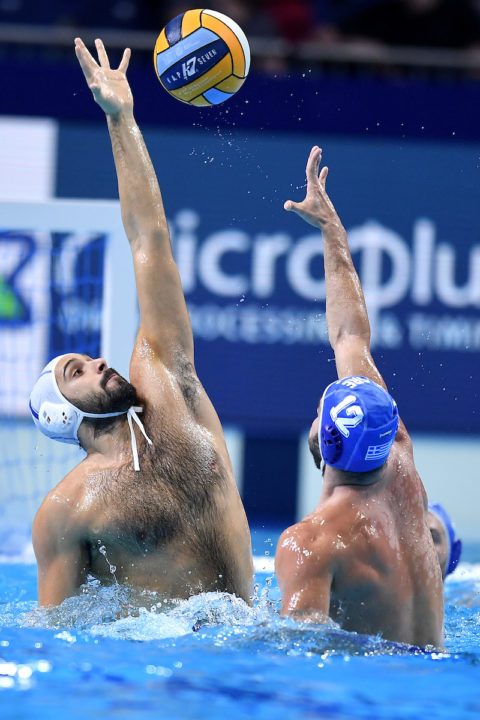 The three countries are the European squads to advance to the World League Super Final to be held from June 26 - July 2, 2021 in Tbilisi, Georgia. Archive photo via Andrea Staccioli / Deepbluemedia / Insidefoto

Greece imposed itself this weekend in Debrecen (HUN) on the occasion of the FINA Men’s Water Polo World League 2020 (from January 8-10) as it won the European preliminary tournament. The Greek beat the balkan powerhouse Montenegro with ease for a final score of 12-7 (3-2, 4-1, 4-3, 1-1).

Therefore, Greece, Montenegro and Italy are the European squads to advance to the World League Super Final to be held from June 26- July 2, 2021 (in Tbilisi, Georgia) and will be joined by the best teams of the InterContinental Cup which will be played in Indianapolis (USA) from April 26- May 2, 2021.

You can read detailed game reports on FINA website and each match is availble on replay on FINAtv.

Final standings of the Men’s European preliminaries in Debrecen (HUN):

The Women’s European preliminaries will resume on February 2 for the Game Day #5 in various European cities.

FINA and the Hungarian Water Polo Federation have closely collaborated to impose a very strict and rigorous COVID-19 protocol and create a safe bubble which have proven to be highly successful, as all sanitary measures implemented by FINA were respected. Every member of each team (athletes and officials) were tested upon arrival and during the competition. Over 1000 COVID-19 tests were conducted with no positive cases among all samples.

FINA recognises and appreciates the full support from all participating teams in respecting these challenging, yet necessary conditions.

The tournament in Debrecen marked the official return to competition, being the first FINA event held since March 2020.