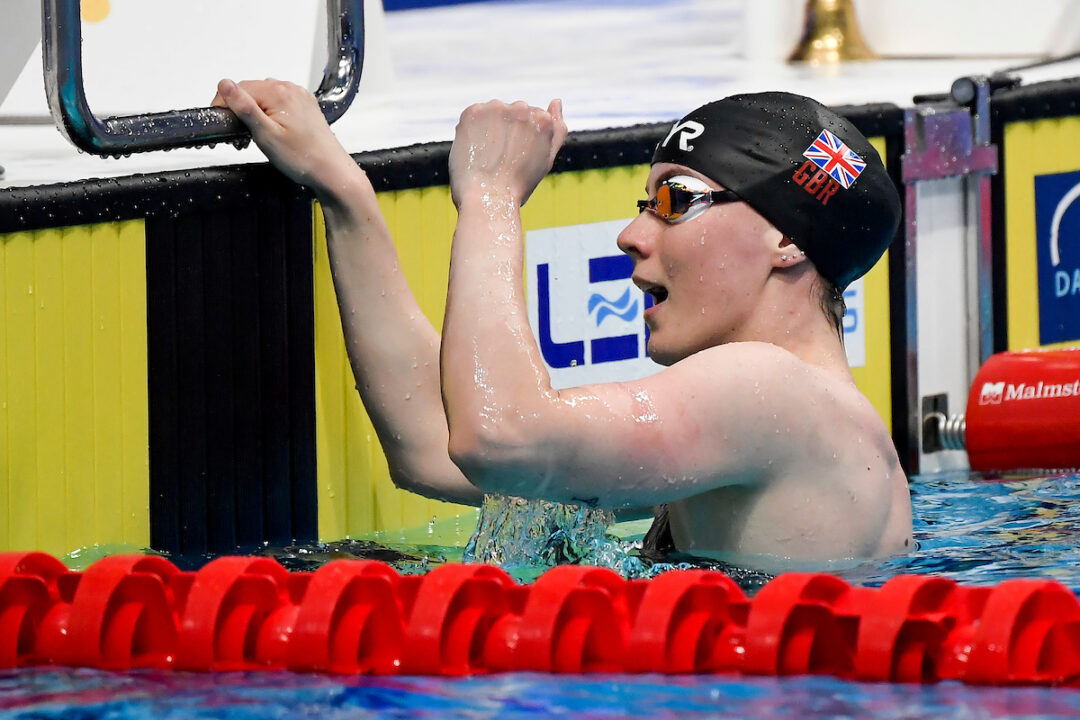 Take a look at the overall medal standings through day 5 of the European Championships, with a new leader atop the table. Archive photo via Andrea Staccioli / Deepbluemedia / Insidefoto

Day 5 was a turning point for Great Britain, as the nation overtook leader Russia in the overall medal table at these European Championships, albeit ‘leader’ is somewhat subjective.

Russia had led the medal tally outright from the beginning of these championships but Great Britain has kept its oh-so-very close runner-up status throughout.

However, GBR delivered the goods tonight, with the country reaping a trio of gold medals in the form of Kathleen Dawson‘s victory in the 100m back (twice!), Molly Renshaw‘s win the 200m breast, as well as the women’s 800m free meet title. Duncan Scott also got on the board with a silver in the 200m free with teammate Tom Dean collecting bronze.

These results render GBR in possession of a total of 15 medals to Russia’s 16, although Britain holds 7 gold, 5 silvers and 3 bronze medals to the latter nation’s 7 gold, 2 silver and 7 bronze. With the ranking of the medal hierarchy, Great Britain lands on top, for now.

Delighted to see the win win for Kathleen
Good race for Duncan too
The Stirling Uni athletes are doing great things must be Brad Hay and Steve Tigg!!