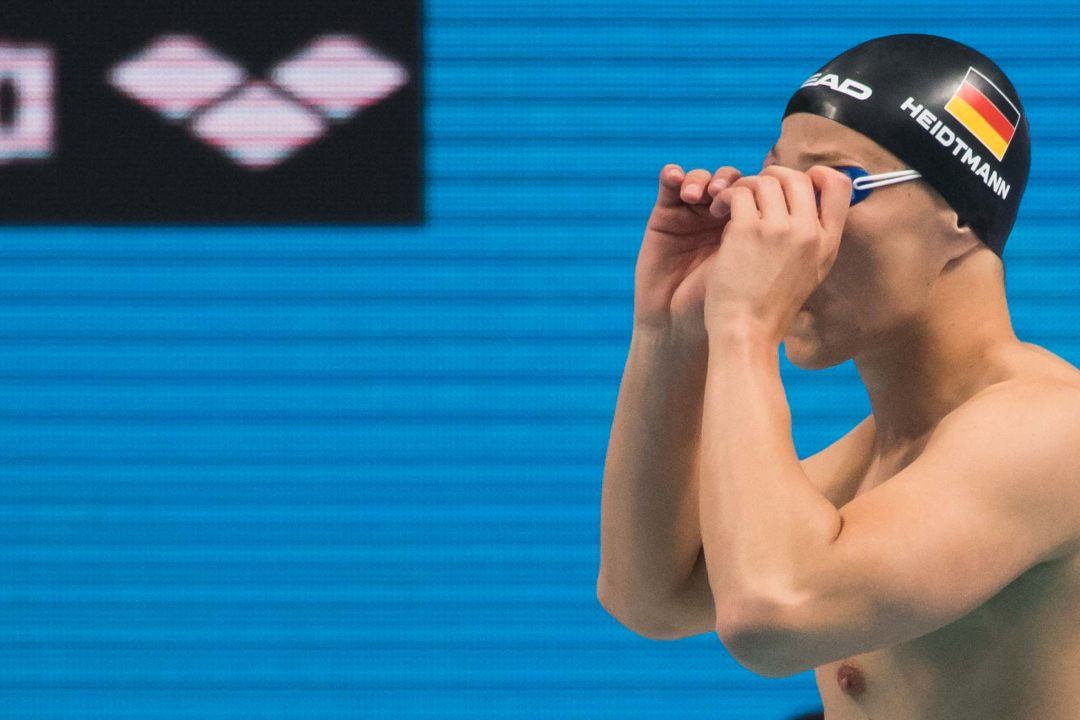 German Olympian Jacob Heidtmann nearly hit his qualifying time for Tokyo 2020 in a 200 free time trail at the 2020 Pro Swim Series – Des Moines. Heidtmann, who trains in the U.S. with Team Elite under 2016 U.S. Olympic women’s head coach David Marsh, posted a 1:46.87. He was within hundredths of his lifetime best 1:46.83 from the 2018 European Championships.

That’s a little over a tenth shy of the individual German Olympic Qualifying Standard, which is set at a 1:46.70. To qualify for Tokyo, German swimmers have to achieve the qualifying time between January 1st of this year and the German Championships that will be held in Berlin from April 30th-May 3rd.

Marco Koch was the first German to qualify for Tokyo. He qualified in the 200 breast back in January.

He has to hit 1:46.7 to qualify individually. The slower times are for swimmers that are pre-qualified (Wellbrock in the 1500). Nevertheless a great swim for him.