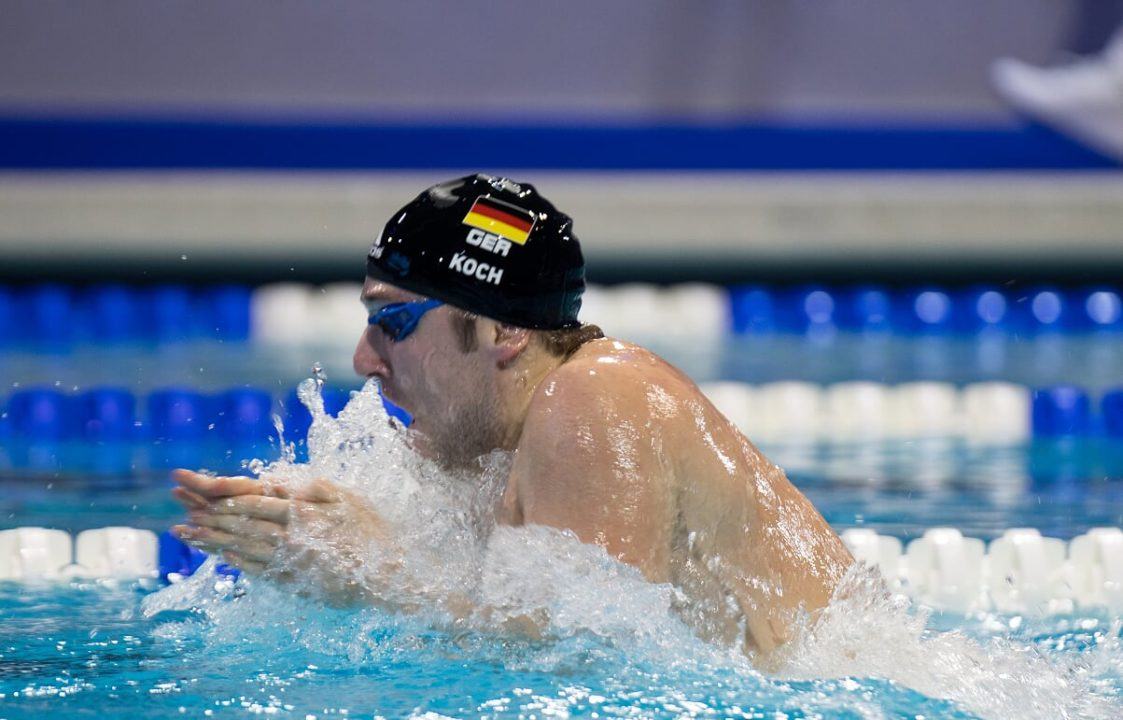 Marco Koch is the first swimmer to dip under the German Federation's Olympic qualifying standard since the qualifying period opened on January 1st. Archive photo via Kevin Reust

German breaststroker Marco Koch has cleared his first key hurdle of 2020. Earlier this week in Shenzhen, China at the FINA Champions Series, where he was the only German swimmer in attendance, he became the first swimmer from his country to clear the time standard for qualification to the Tokyo 2020 Olympic Games. This comes in spite of fighting through back pain the day before the swim. Tokyo will be his 3rd Olympic Games.

The qualification period officially began on New Year’s Day (January 1st) and ends with the German Championships that will be held in Berlin from April 30th-May 3rd.

This early qualification gives Koch essentially a full 7 months to settle into a rhythm with his new coach Dirk Lange. Koch announced in the waning days of 2019 that he would break from Henning Lambertz and and return to Lange, with whom he trained between 2012 and 2015, specifically to help improve his front-end speed.

“I am very happy that it worked right the first time and that I can now experience the Olympics for the third time,” said Koch, who had had severe back pain the day before the race. “My goal is to deliver a race in the summer that I’m really 100 percent satisfied with – and of course I hope to place as high as possible,” said Koch in China.

Koch says that he does not want to change anything even after early qualification. In the next few weeks he will compete further in both Antwerp and Luxembourg. “We will be competing in a lot of races throughout the season in order to simulate certain aspects for the Olympics again and again and thus gain the necessary security,” Koch said of his plan forward. “And of course I want to improve my time a little. I am sure that it will be much faster.”

Dad bod makes it in