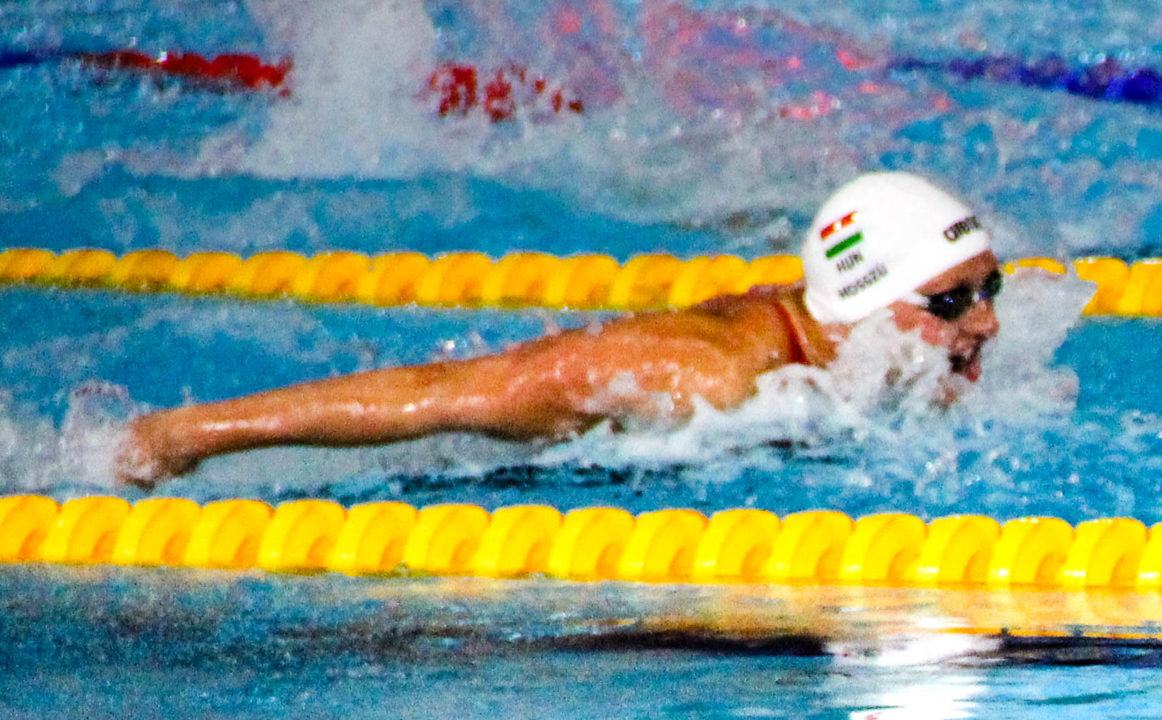 Katinka Hosszu earned $43,000 at both Champions Series events, leading all money earners at both meets and nabbing $86,000 for the series. Archive photo via Giusy Cisale swimswam.com

Hosszu, Michael Andrew and Ranomi Kromowidjojo led Beijing money earners after that trio (with Andrew and Kromowidjojo flipped) were the top three earners in Shenzhen. For the series as a whole, Andrew is second overall, just $1000 ahead of Kromowidjojo.

In total, 69 athletes earned money on the two-meet Champions Series. The vast majority earned money at both meets – in fact, there were only six new money-winners in Beijing, and only five Shenzhen money-earners who didn’t win more money in Beijing.

The series format continues to mostly revolve around event entries – Hosszu led all swimmers with seven event entries, and both Andrew and Kromowidjojo had six apiece. Because the series invites athletes based on a list of criteria that most heavily weights World Champs and Olympic medalists, the series could be seen as a bit of an extended medal bonus, given that participating athletes need only finish their race to earn big prize money, with only four entrants per event and no benchmark times to beat.