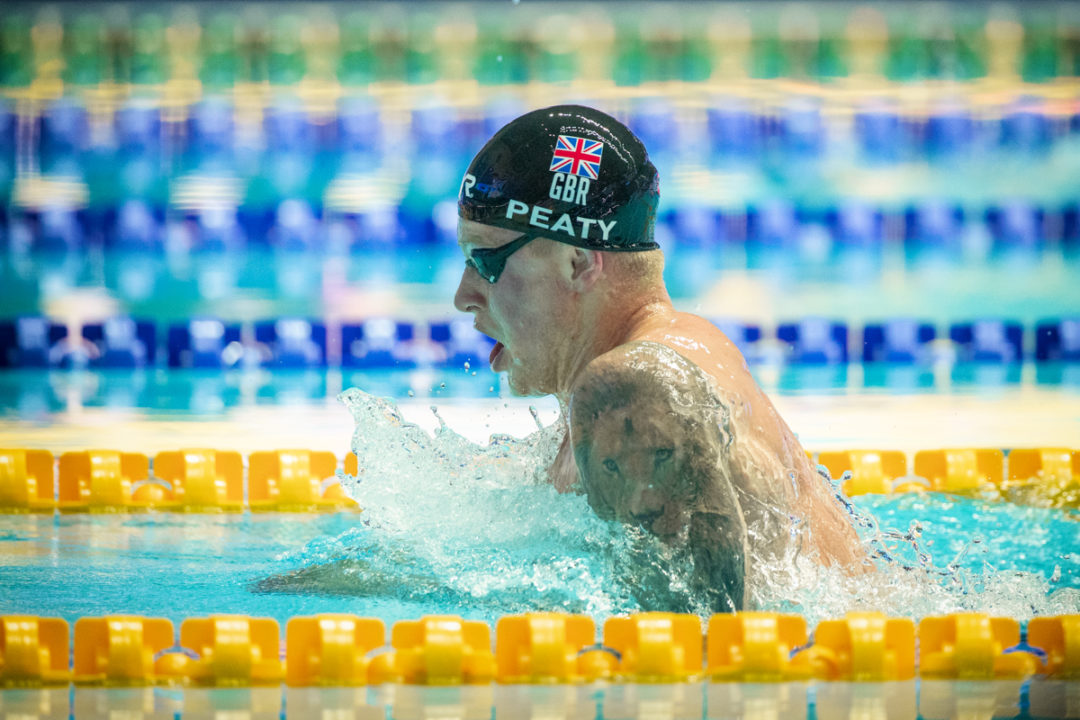 Adam Peaty heads up the team of GB swimming superstars who will race at the McCullagh Open Meet in Ireland next month from February 20th-23rd. Archive photo via “Rafael/Domeyko Photography”

Ahead of February’s McCullagh International Open, Swim Ireland have today announced that British superstars Adam Peaty, Duncan Scott, Siobhan Marie-O’Connor, Hannah Miley, Ross Murdoch, James Wilby and Luke Greenbank will all be travelling to Ireland to race at the meet next month (February 20th-23rd). The events each athlete will be competing in have not yet been released.

As well as the competition providing an extra racing opportunity for these swimmers, another attractive feature is the schedule. The 4-day meet will imitate the Olympic schedule that we’ll see this summer, with heats in the evening and finals in the morning. This setup is the same as that of the 2008 Beijing Olympics, and was announced back in July 2018. The reasons for this schedule ultimately came down to FINA siding with American TV Networks over Japanese Broadcasters.

The McCullagh Open, which is to be held in the Bangor Aurora Leisure Complex in Northern Ireland, will also feature the three new events that are being added to the Olympic roster this year; the men’s 800m freestyle, the women’s 1500m freestyle and the 4×100 mixed medley relay.

Speaking on the announcement today of the Team GB athletes’ participation, National Performance Director Jon Rudd said, “The McCullagh International is positioned perfectly for athletes preparing for an Easter Olympic Trials and the format we’ve chosen makes it even more attractive”.

He added, “We’re always delighted to welcome athletes from across the water to this and any of our meets and the chance for Irish athletes to swim against a number of Olympic medalists when that is what we aspire to ourselves is fantastic. Bangor Aurora is a great venue and I’m sure racing will be tough and exciting across the four days”.

What a brilliant opportunity for some young Irish swimmers to experience racing a few stars of the sport.

Was supposed to happen on the Gold Coast today with Peaty and Greenbank entered . But major flooding on the Coast this morning has forced the cancellation of the meet .