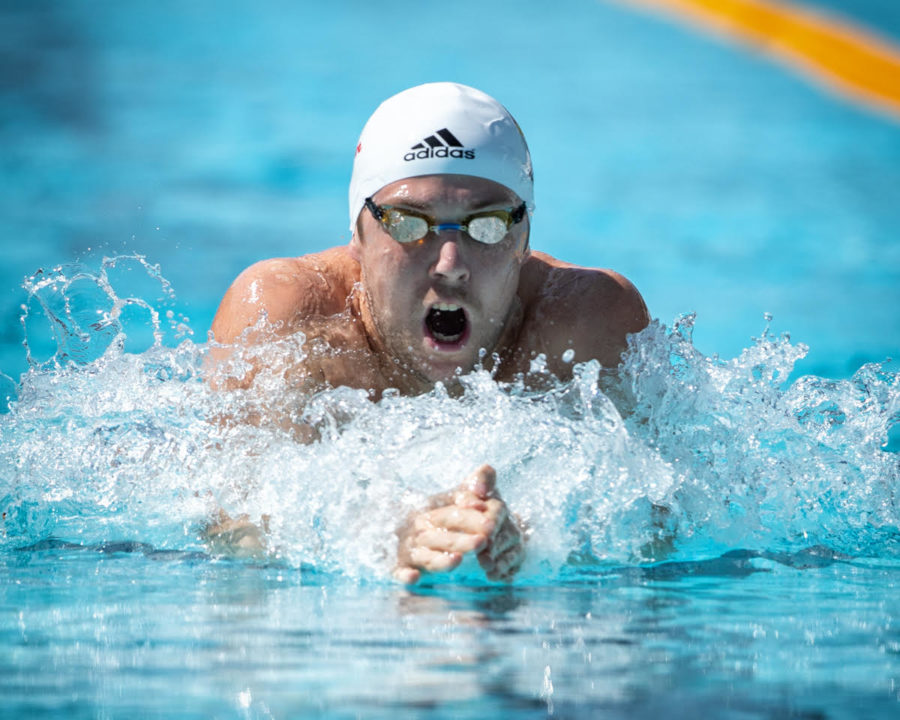 Breaststroker Marco Koch, a former World Record holder in the 200 short course meters distance, will return to an old coach ahead of the 2020 Olympic Games. Archive photo via “Rafael/Domeyko Photography”

“We have known each other for a very long time and have already worked together successfully in the past,” says Koch, who worked with Lange several times between 2012 and 2015. Koch is expected to spend most of his time training with Lange based in Graz, Austria.

Koch thanked his former coach for their time together, and says that he believes that Lange can help him improve his front-end speed, giving him the opportunity to use his endurance to hold on over the closing meters of his swims.

“Marco Koch is taking a high risk with his external change of consultant with a view to the Olympic Games in Tokyo,” said competitive sport director of the German Swimming Association Thomas Kurschilgen. “But if you want maximum success, you also have to be willing to go innovative ways.”

Besides Germany, Lange has worked as the head coach of National Teams in both Mexico and South Africa as well. Among his recent well-known charges are Chad le Clos and Cameron van der Burgh.

It’s not an outrageously strange move, given what’s been going on with Henning but it is worrying that it happened so close to Tokyo. Dirk is an experienced sprint coach, having coached some of the world’s fastest sprinters back in the day (Alshammer, Völker, Foster….) and training possibilities in Graz are VERY good, but I wish he’d made that move a year ago when Henning went cuckoo.

Scozzoli and Van der Burgh trained with/under him as well

Only question is whether Small, Medium or Large Marco shows up in Tokyo. If it’s Medium or better, he’s a threat regardless of who’s coaching him.

I saw Marco this summer and he looked much much fitter than in years past!

I thought he looked fit, too. But it’s not the first time Ol’ Longhorn has commented on it, so maybe he’s seeing more than we are. 🤷‍♀️

Dirk is a great coach, I wish them both well.