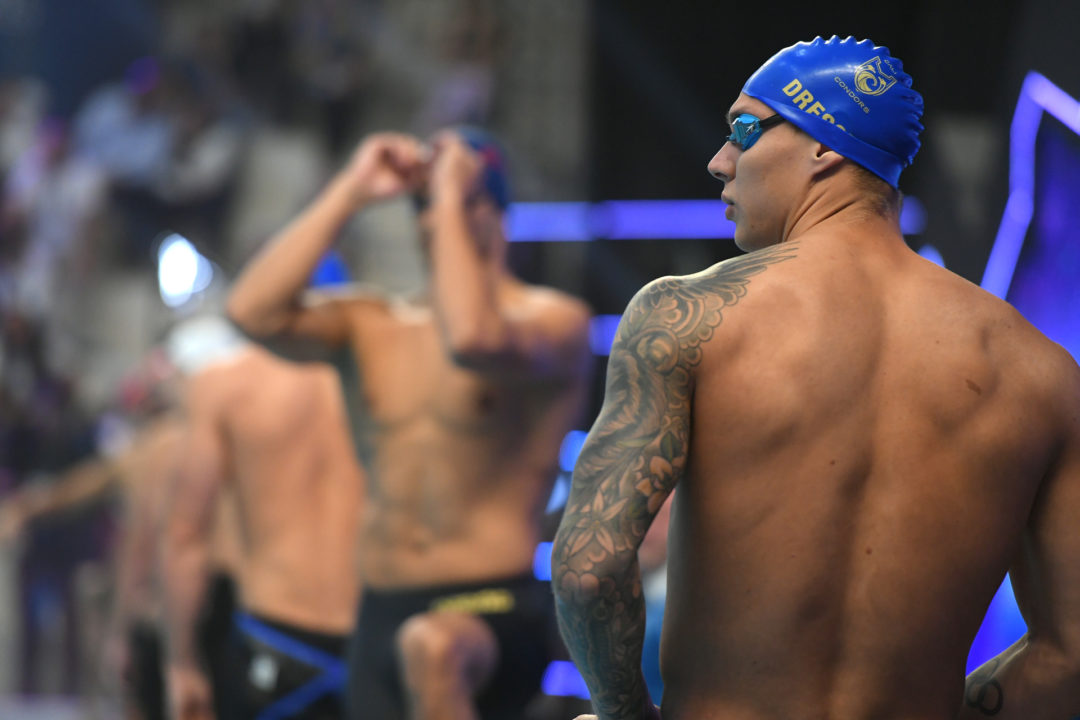 Caeleb Dressel made his International Swimming League debut in the 2019 season's 2nd stop in Naples, Italy, and picked up MVP honors in his first try. Archive photo via Gian Mattia D'Alberto/LaPresse

Details about season 2 of the International Swimming League are still sparse, but this week the league continued its slow rollout of complete match replays from season 1.

The latest to go live is the two days of replay from the 2019 season’s 2nd stop in Naples, Italy. The names and storylines are mostly the same as they were in the first meet in Indianapolis, which was posted 2 weeks ago (see that meet here), with two notable exceptions:

Dressel’s presence at the meet affirmed what was long suspected: that he would become the league’s dominant individual force. Dressel picked up wins in the 50 free, 100 free, 50 fly, and 50 freestyle skins races at the meet and took home match MVP honors.

Even missing the first meet of the season, Dressel very-nearly won league MVP, losing out to Sarah Sjostrom of Energy Standard by 3.5 points. Dressel’s 14 races won led the league in 2019, again with only 3 meets as compared to most of the leaders’ 4 meets.

He wasn’t perfect in Naples, though. He wasn’t on any winning relay teams, and he actually lost his first-ever ISL race, the 100 fly, to Chad Le Clos, by .01 seconds.

Thanks for posting this Braden. Are there other links for the other days that have slowly rolled out besides Naptown (said like a native-born Hoosier from the 60’s, meaning Indianapolis)?

Indianapolis (the full match) is also posted on YouTube along with this Naples match. I assume they are posting in order of which the matches have occurred, and the third match has yet to be released.

There were 2 weeks between when they posted Indy and Naples, so at that rhythm, it will be a while before we see Lewisville.

Thanks all, I thought maybe they had posted one in between Indy & Naples.