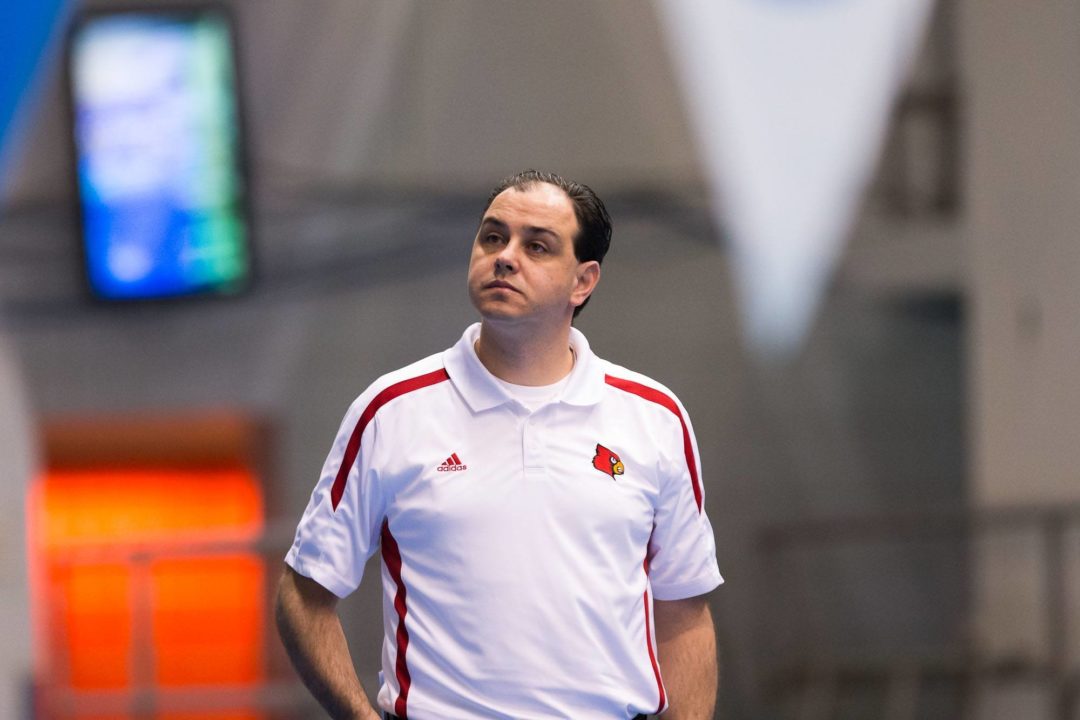 Head coach Andrew Hodgson of the New Trier Swim Club, where Grodecki has been competing since leaving Missouri, tweeted that Grodecki will be joining Louisville this coming fall:

Grodecki swam on four relays at NCAAs his freshman year, and broke the Tigers school record midway through his sophomore season with a 43.19. But then Grodecki’s name didn’t show up on the SEC psych sheets, and the team announced he was “suspended indefinitely for a violation of team policy.”

Grodecki never competed for Missouri again, sitting out all of the 2014-2015 season and watching former teammate Michael Chadwick break his school record. But the New Trier tweet implies Grodecki will be competing for Louisville as early as fall of 2015, depending on how much more he has to sit out before he becomes eligible again.

A strong sprint freestyler with a very solid backstroke, Grodecki should be a big pickup for a Louisville team on the rise after a 2nd-place finish at the ACC Championships a few weeks ago.

Interesting to note – another former Mizzou swimmer, flyer Neil O’Halloran, was listed on Louisville’s roster last year but I don’t believe competed for the team.

Wonder if there’s any connection there or if it’s just coincidence.

Neil received no money from Louisville, his family covered all his college costs. Know your facts before labeling people.

^I was thinking the same thing. Why take a chance with some bad apples? Will he add or detract from the team? Neal O’ never did anything for Louisville……NOTHING….maybe take some money from a more deserving, mature swimmer

Bad Apple? Grodecki may have made a mistake or two at Missouri but that does not in any way define him as a person, especially not as a “Bad Apple”. Many swimmers make mistakes and come back to do great things(you know, like Michael Phelps?). The fact that Albiero is willing to embrace Grodecki regardless of a past mistake should be applauded and as a community we should support Max Grodecki and his determination to keep striving forward in the sport that he loves.

Max is awesome and has really turned his life around but, like O’halloran, made way more than a few mistakes at Mizzou. I’m extremely happy for Max and want nothing but the best for him but I do find it interesting that Albiero consistently looks past problems outside of the pool as long as they keep swimming fast

Louisville has had several in the last few years and to my knowledge, not many have worked out? Maybe I missed someone? O’Halloran was a piece of work! An incredibly talented kid, just had a few things that held him back! Hopefully Max will be successful there! Arthur certainly has had success with 100 and 200 freestyle swimmers!

Neil O’Halloran is the greatest of all time. Pound for pound, inch for inch he is a fine tuned athlete. Although his swimming career was cut short due to life consuming career on Madden ’05 he should still be recognized as one of the greatest athletes of all time. He will make a comeback.