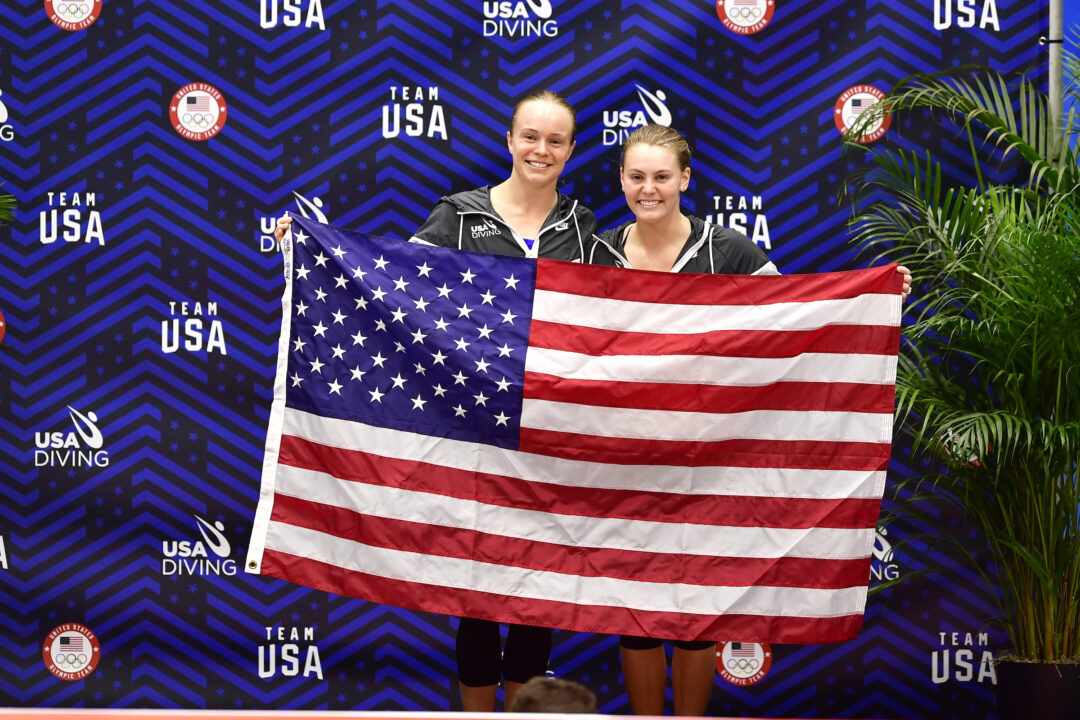 INDIANAPOLIS, Ind. — Former University of Texas star Alison Gibson and partner Krysta Palmer punched their ticket to the Tokyo Olympics by posting a 28-point victory on Thursday evening in the finals of the Women’s Synchronized 3-meter Springboard competition at the U.S. Olympic Team Trials – Diving. Gibson and Palmer became the first divers to officially qualify for the U.S. Olympic Team.

Gibson, who competed at Texas from 2017-20 and won the 2017 NCAA individual title on the 1-meter springboard as a freshman, will make her Olympic debut in July. Only the winner in the synchronized events at the U.S. Olympic Trials earns a spot on the roster. The duo will represent Team USA in the event in Tokyo on July 25, with the competition scheduled to begin at 1 a.m. Central.

Gibson and Palmer began Thursday’s finals session with a 26-point cushion over the duo of Sarah Bacon and Kassidy Cook (594.84-573.39), as scores carried over from Sunday’s preliminary and semifinal rounds. Bacon and Cook trimmed the margin to within 15 points (690.24-675.99) following the second of five rounds in the finals.

Incoming UT freshman Hailey Hernandez and her partner Emily Grund claimed a fourth-place finish in the event with a total score of 784.56 points. Hernandez and Grund, who began the finals in fifth, registered a score of 64.68 on their third dive during Thursday’s session, a back 2 ½ somersault tuck (205C).