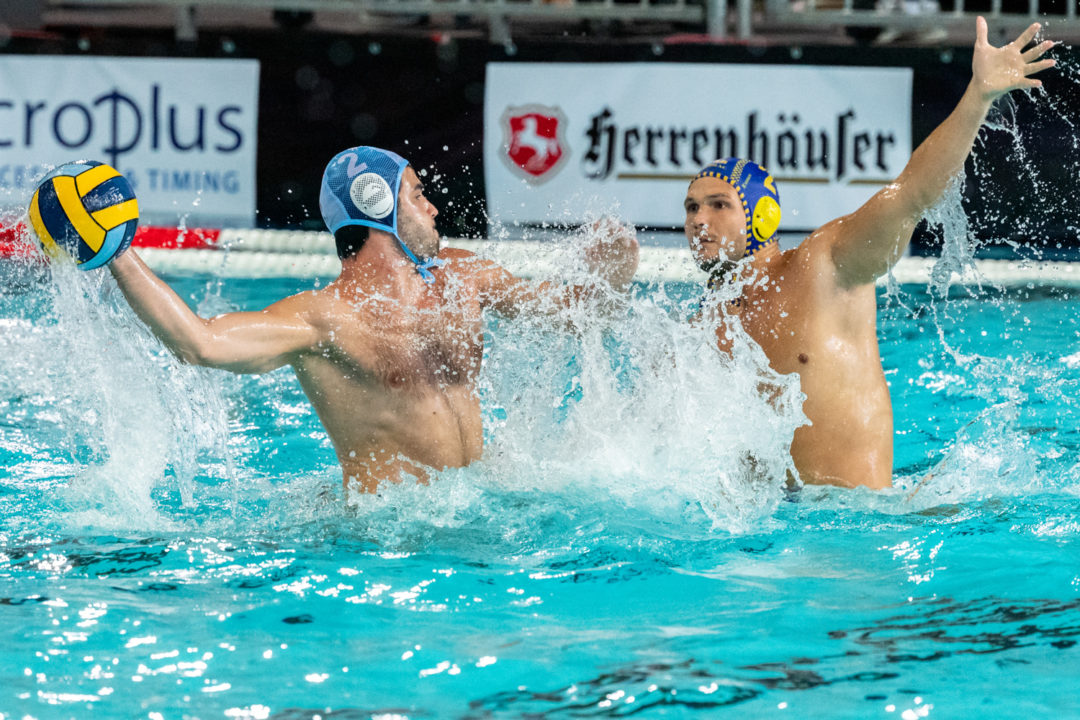 All favorites began the season with a win – now 2016 champion Jug is up against 2014 victor Barceloneta on Day 2 of the Champions League main round. Archive photo via Giorgio Scala

All favorites began the season with a win – now the second round is to witness the first clash of two greats, 2016 champion Jug is up against 2014 victor Barceloneta. The other big teams are all set to add three more points this weekend.

Jug and Barceloneta played a couple of times in the recent past and the games never lacked the thrills and the tensions. Two years ago it was 9-9 in Dubrovnik and 8-6 to the Spaniards at home, while in the 2016-17 season they drew in Barcelona (7-7) and Jug won at home 11-10 – something similar is expected in the top match of this round.

Jadran Herceg Novi faces another tough test at home: after losing to Jug, they meet 2017 winner Szolnok. The Hungarians kicked off their campaign with a convincing victory over Sintez and their Serbian coach and players are very much aware of the challenge to play in Montenegro – even though two years ago they beat Jadran badly (14-6) but only three players remained on board from that side.

Sintez has an even harder beginning: they visited Szolnok and now they travel to Piraeus where Olympiacos, finalist in the last two seasons, barely loses a game (their last defeat came against Szolnok in 2017, in the last two seasons they claimed 13 wins and a draw in 14 home matches). The evening contest in Split between Jadran and Spandau offers the chance for both sides to clinch the first win in the main round. Last year they also met, that time the Croats won 14-8 at home though the Germans upended them 12-11 in Berlin.

Group B might see the three ‘big boys’ continue their winning streak. The game of title-holder FTC and Euro Cup winner Marseille has a special taste as this is also a kind of pre-rehearsal since these two will meet again on 2 November to play for the Super Cup (that will be staged in Marseille). The Hungarians are the favorites, just as fellow Budapest side OSC against Hannover. This is the Germans’ second visit to the Hungarian capital in ten days but they are the underdogs once more.

To meet its long-term goals and qualify for the Final Eight, Mladost has its first must-win match at home against Dinamo – though the Georgians proved in the opening round in Terrassa that they were capable of a fine performance on this level.

At the same time the Spaniards are to play with a team from the other end of the scale. Terrassa clinched a win against the other newcomer on Day 1 but now they have an away game against 8-time champion Recco – their admitted goal is to learn and gain experience against the greatest stars of water polo. The match is going to be staged in Bergamo as Recco continues its ‘Tour de League’ around Italy and the sell-out crowd will surely create a brilliant atmosphere on Saturday evening.

LEN shall offer free live streaming of each game on the brand new platform run in cooperation with Eurovision: https://lenchampionsleague.eurovisionsports.tv