Florida Has Full Slate With SEC Duals This Week 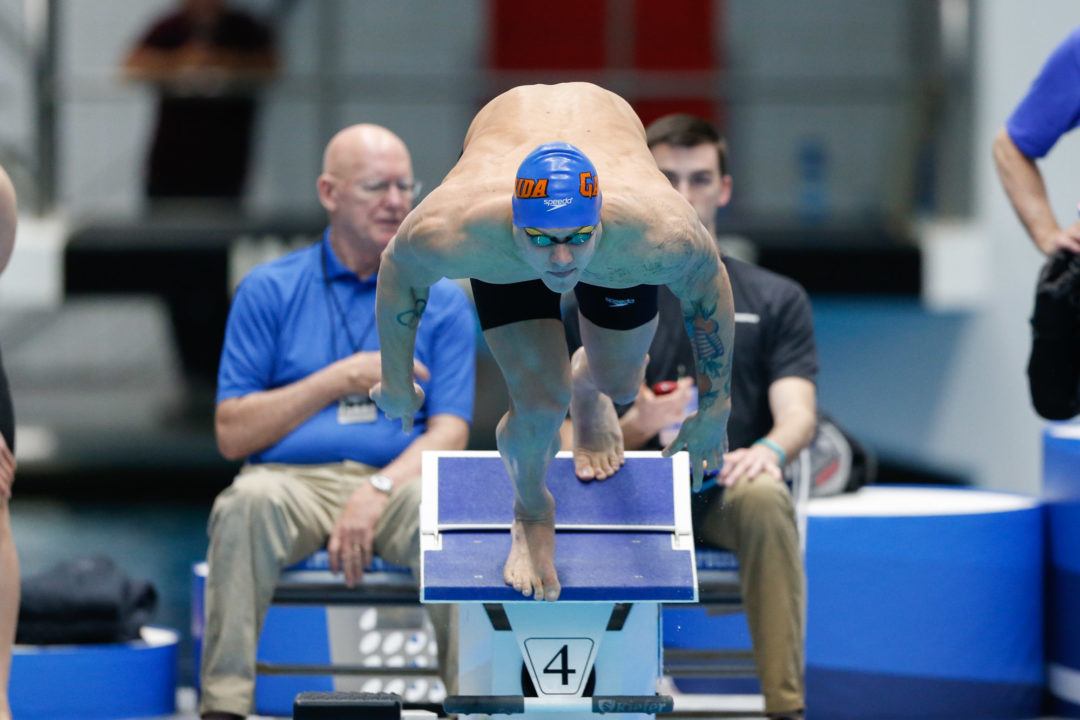 The Gators have a busy week of SEC meets ahead of them, beginning with Alabama on Wednesday at 3 p.m. EST/2 p.m. CT in Tuscaloosa. Current photo via Tim Binning/TheSwimPictures.com

The Gators have a busy week of SEC meets ahead of them, beginning with Alabama on Wednesday at 3 p.m. EST/2 p.m. CT in Tuscaloosa.

Florida continues its week by returning home to face Georgia on Thursday and Friday. Thursday’s session will feature only diving, beginning at 6 p.m., while Friday kicks off at 10 a.m. and contains both swimming and another diving session.

The Crimson Tide men are ranked 13th in the nation, while the women are receiving votes in the CSCAA poll. Both Georgia squads are also ranked, with the women sitting at fourth and the men tied for eighth in the country.

Only three Gators from that squad remain on the team today: Dalton Goss, Blake Manganiello and Enzo Martinez-Scarpe, who were all redshirting at the time.

On the men’s side, Caeleb Dressel claimed victory in the 50 free, while Jan Switkowski took home first in the 200 IM.

Updates for all meets can be found at @GatorsSwimDv on Twitter and the sessions for both Wednesday and Fridaywill be streamed on the SEC Network + and the WatchESPN app.

–       The first 200 students to the Stephen C. O’Connell Center Natatorium on Friday will receive a free pink T-shirt for breast cancer awareness.

–       Wednesday’s meet against Alabama will be streamed on the SEC Network +, as well as the WatchESPN app.

–       Updates for Wednesday’s meet will also be provided through @GatorsSwimDv on Twitter and final results and a recap can be found at FloridaGators.com.

–       Thursday’s diving session will not be streamed, but results will be available through the Meet Mobile app and @GatorsSwimDv on Twitter.

–       Results will be on the Meet Mobile app, as well @GatorsSwimDv on Twitter.