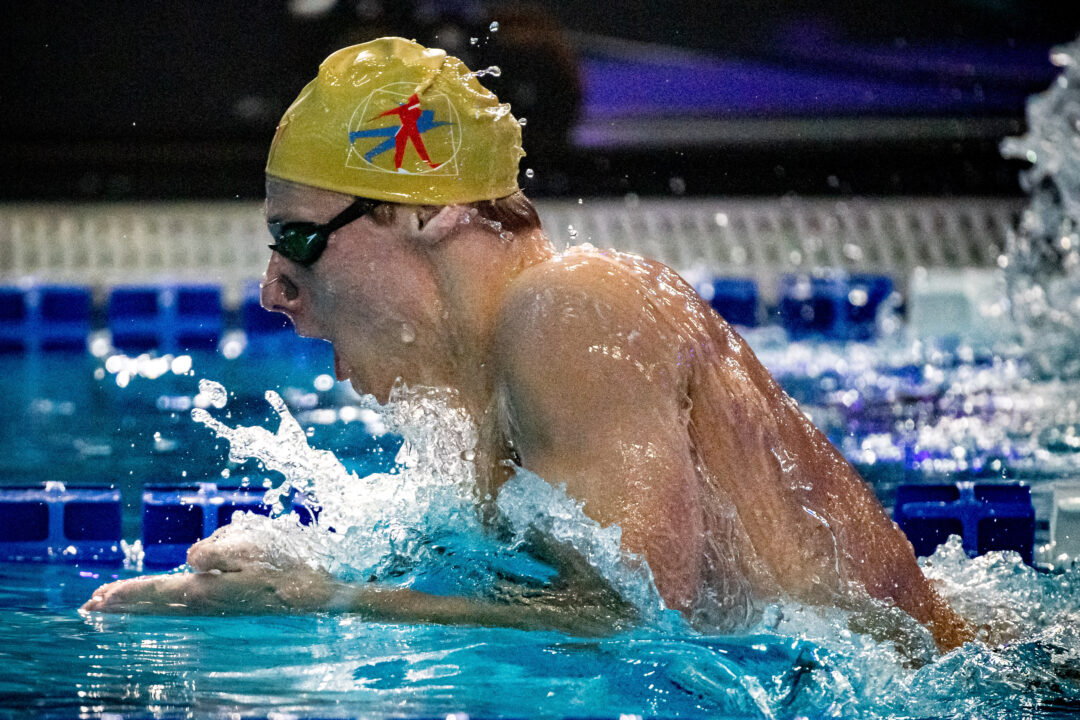 Finlay Knox lowered his own one-week-old Canadian Record in the 100 IM on Sunday in Naples, posting a 51.77 to shave 0.05 from his previous mark. Current photo via Giorgio Scala/Deepbluemedia

Finlay Knox lowered his own one-week-old Canadian Record in the 100 IM on Sunday in Naples, posting a 51.77 to shave 0.05 from his previous mark. Knox won the race for the Toronto Titans and stole the points from two other swimmers for a 12-point haul. Knox led the entire race though Iron’s Marco Orsi kept it close the entire way.

I’m excited for Knox over the next few Olympic cycles! He’s on a good improvement course and he’s still quite young. Canada is due for another great male IM’er