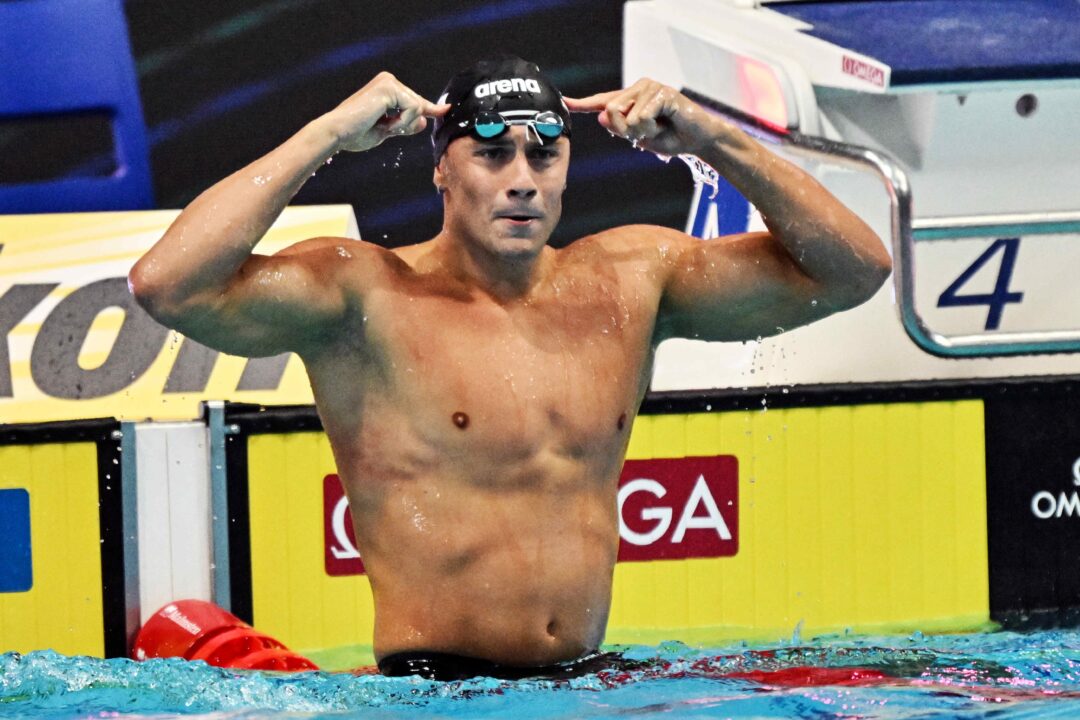 2022 world champion Nicolo Martinenghi is one of several top-tier European swimmers set to compete at the opening stop of the FINA World Cup circuit. Archive photo via Gian Mattia d’Alberto

An absolutely stacked lineup of swimmers are set to compete in the opening leg of the 2022 FINA World Cup circuit next week in Berlin, with FINA revealing the full list of entrants on Friday.

An initial group of 10 swimmers were confirmed to be competing at all three stops of the series last month, and earlier today USA Swimming announced a lineup of athletes who will contest the circuit including 20 Olympians.

Athlete entries are OUT!
Check all swimmers will be in Berlin 👉https://t.co/YdjVx6C1xe

The full list features a ton of notable names, from up-and-coming stars to solidified veterans.

Given the event is in Berlin, it’s no surprise we’ll see several European countries well represented. Some of the European athletes competing that we didn’t know about before include the following:

USA Swimming announced a 12-swimmer roster that will represent the U.S. junior team at the Indianapolis stop in November, but none of those swimmers appear to be racing in Berlin.

You can find the full list of athletes here.

The 2022 FINA World Cup will feature a trio of three-day meets, kicking off on Oct. 21 in Berlin, Germany. The series will then shift to North America, running an event Oct. 28-30 in Toronto before wrapping up in Indianapolis.

Not that one haha!

Any streaming info on world cu

Ledecky, Brooks Curry, Liendo, MacNeil and McIntosh are among the biggest participants.

Which means Katie Ledecky is participating in both north american stops to swim the 1500m in Toronto and the 800m in Indy.

Possible Ledecky vs McIntosh in the 400 free.

Maddy Wilson is obviously not European. Glad to see Meg Harris is taking the opportunity to get some short course experience before WCs.