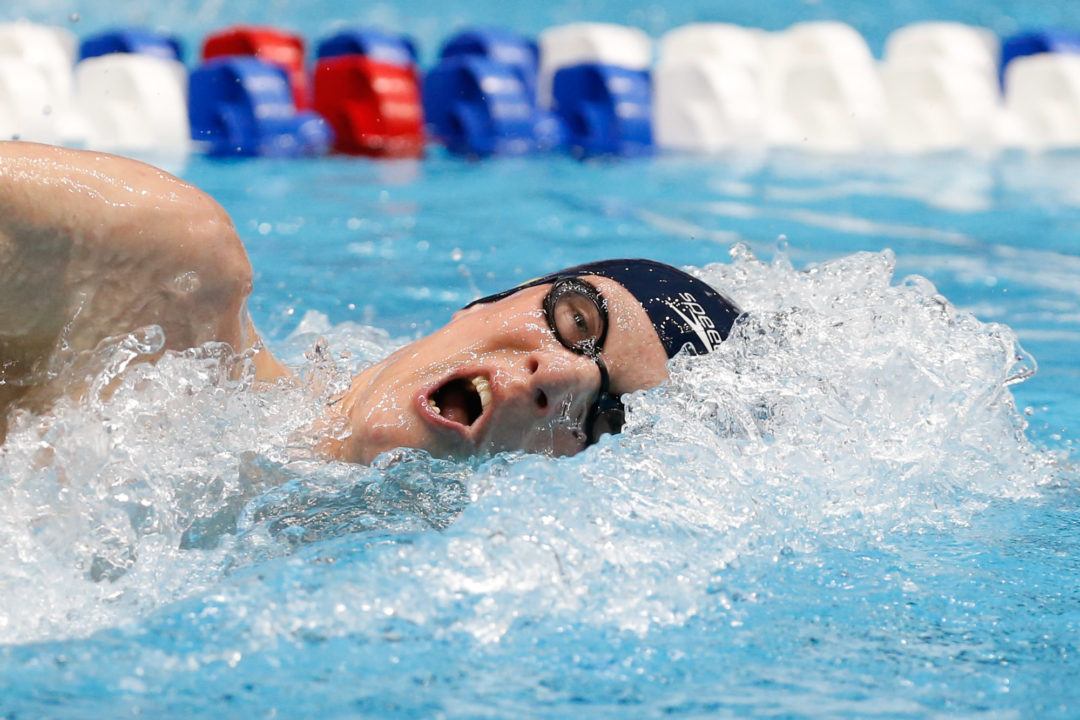 For the 2nd time this week, Felix Auboeck has completed a Big Ten title four-peat, adding the 1650 to his earlier wins in the 200 and 500 freestyles. Archive photo via Tim Binning/TheSwimPictures.com

For the 2nd time at this week’s Big Ten Championships, Michigan senior Felix Auboeck has completed a four-peat of an individual event. He opened Saturday’s concluding session with a 14:30.10 in the men’s 1650 free, which marks his 4th-straight Big Ten title in that event.

Earlier in the meet, he won his 4th-straight Big Ten title in the 500 free as well. Added to a win in the 200 free, he earned a clean-sweep of the 3 longest freestyle events this week.

The Austrian’s splits show that he was out a little faster on Saturday than he was last year, though he didn’t have the same closing kick which cost him another sub-14:30 swim.

Fans of even-splitting in distance races will love the breakdown of Auboeck’s freshman mile, where he was very consistent, even repeating the exact same split for consecutive 100 yard distances. That year’s time remains the Big Ten Meet Record.

Auboeck is the defending NCAA Champion in the men’s mile. Of the 25 occasions where a collegiate swimmer has been faster than 14:30 in this event, Auboeck owns 5 of those times. Nobody else has done so more than twice (Bobby Finke, Connor Jaeger).