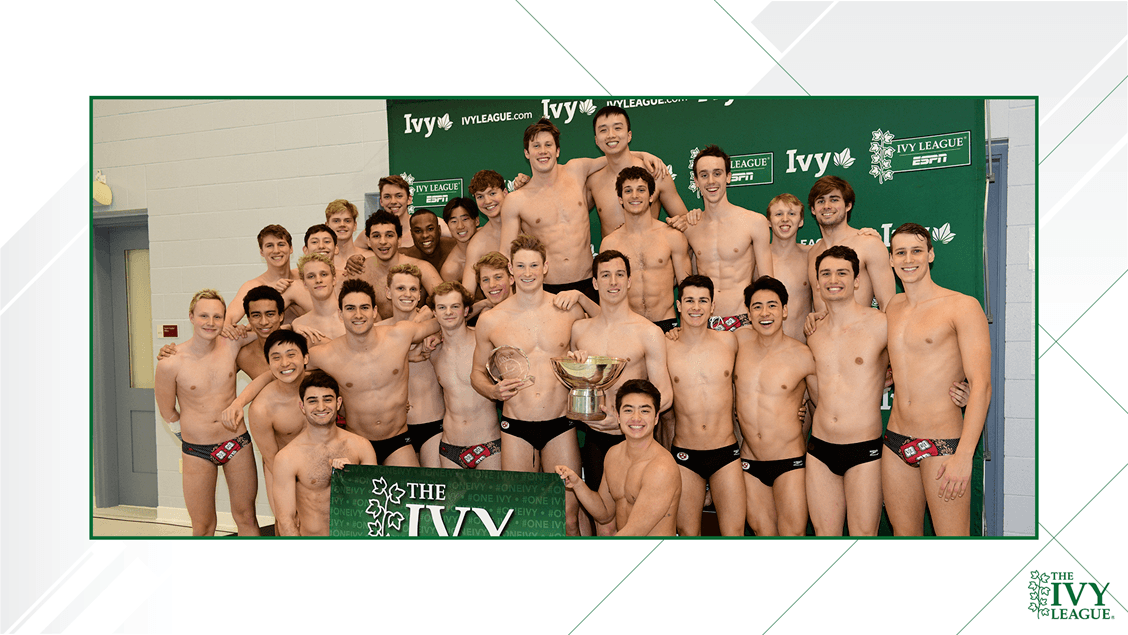 Dean Farris and his teammate Brennan Novak each won 3 individual events at the meet, so they shared the high point award for the 2nd-straight season. Archive photo via Ivy League

Harvard junior Dean Farris finished his 3rd Ivy League Championship meet with another Meet Record, this time in the 100 free. Farir swam a 41.42, breaking the mark of Yale sprint legend Alex Righi, who was 41.91 at the 2009 championship.

It also took down Righi’s overall conference record of 41.71 that was set at the 2009 NCAA Championships.

In any case, that win was one of 2 for Harvard on the final day of competition. The Crimson won 12 events overall out of 21 on offer at the meet, and rolled to their 3rd-straight, and 26th-overall, Ivy League title.

The other Harvard win on the day was Brennan Novak, who won his 2nd-straight 1650 free with a 14:46.60 – out-pacing the field by better than 8 seconds and also locking up his NCAA National Championship invite as an individual. Runner-up Will Thomas of Penn finished 2nd in 14:54.76, which puts him on the bubble for an invite of his own.

Penn senior Mark Andrew wrapped his Ivy League Championship career on Saturday as well with a win in the 200 breaststroke in 1:54.38. After Cornell’s Alex Evdokimov won the event in each of the last 4 years, that’s Andrew’s first title in that race and the 8th of his career. He ended his career with 351 points, exactly the same as Novak, and the two shared the Harold Ulen Career High Point Swimmer award for a graduating senior who scored the most Ivy League Championship points over a 4-year collegiate campaign. Novak won 7 Ivy League titles individually in his career.

Waking up to read this on Deansday is a great way to start the day.

Raunak Khosla deserves his own article for his performances. The beard deserves respect.

Wow, Yale 5th? That’s a slip-up! The Ivy League will be dominated by Harvard, Princeton and Penn in the coming years!

Harvard has won 3 in a row. Dean Farris has been at Harvard for 3 years.
Coincidence?

Unemployment has been going down since Farris got to Harvard. Coincidence?

You shut your mouth

Expect a very competitive 200 Free at the NCAAs

I am hoping Farris has not perked at the Ivy meet. Each season can be a bit to a lot different.

Farris didn’t have shaved pits at this meet. Not sure if that’s just something he does or if it means he has more in store. To answer your original question though, I would think Townley would have a stronger backhalf – he swims the 500 and even up to the mile as a freshman, while Farris is more a 50/100/200 guy.

Farris this season is stronger with more endurance. Faster, the same or slower for the NCAAs ? Again each season can be a bit to a lot different. Look at the progress Dressel made season to season.

Why do people feel the need to downvote a factually correct comment? Screw you all.