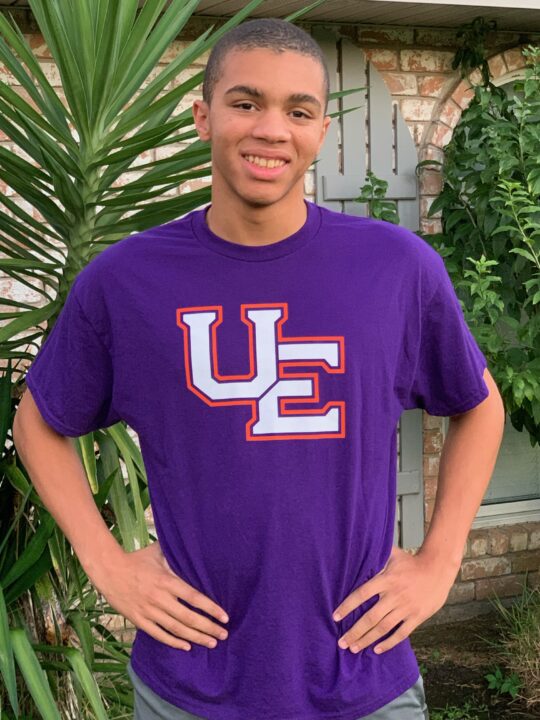 Capo will be joining the distance group that will already be returning the two fastest performers in the program's history.

A Louisiana high school swimming state champion and multiple-time medalist, Nu Wave Swim Club’s Joseph Capo has made his commitment for this fall, electing to travel to Indiana to represent the University of Evansville. Capo is set to graduate from Jesuit High School in New Orleans, Louisiana this spring.

Capo finished his high school career this fall as he helped lead the Jesuit boy’s team to a Division 1 state title. Individually, Capo claimed the state title in the 500 freestyle, leading the field by nearly four seconds in a lifetime best of 4:35.91. He also finished second in the 200 free in a second personal-best swim of 1:41.70. Capo also had a hand in a state record at the meet, swimming the third leg of Jesuit’s record setting 400 free relay. He split a 47.73 as the team finished over a second under the previous record.

Over the summer, Capo raced at the NCSA Summer Championships, picking up lifetime bests in the 200 and 1500 freestyles. His best finish came in the 1500, where he finished 28th in a time of 16:36.30. That time put him just six seconds outside of scoring range in the event.

Last season, Evansville tallied the highest point total in team history at the 2022 Mid-American Swimming and Diving Championships, finishing 5th with 354 points. Capo will have the potential to help Evansville add to that point total next year, with his times in the distance events already being capable of scoring at the meet. Last year his lifetime bests would have been good enough to earn 8th in the 1650 and 14th in the 500.

Capo already boasts lifetime bests in the 200, 500, 100, and 1650 that would rank him among the school’s top-10 all-time performers. His highest ranking would come in the 1650, where he’d be the third fastest in program history.

When he arrives on campus, Capo will join a distance freestyle group that currently includes the two best swimmers in the program’s history. Last season, Patrik Vilbergsson and Jackson Caudill swam the two fastest times in school history in both the 1000 and 1650 freestyles. They also claimed the third and fourth fastest times in the 500 free. Caudill will be a senior while Vilbergsson will only be a junior.

Evansville has been led for the past three seasons by head coach Stuart Wilson. In that time, the Purple Aces have reset 22 of the 38 possible school records. Last season the men’s program saw Alon Baer achieve an NCAA B-cut in the 100 breast, something that has only happened on five occasions in the program’s history. Wilson previously served as the head coach at Georgia Tech.