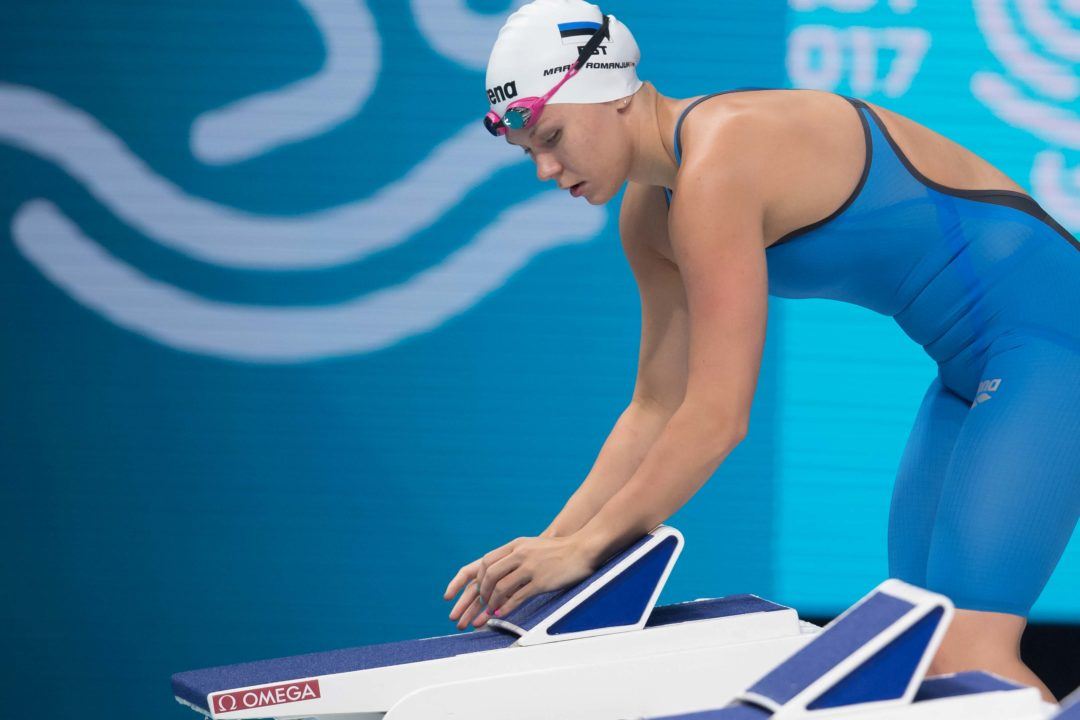 Estonian Maria Romanjuk pulled a breaststroke sweep of at the 2019 Baltic States Championships over the weekend. Archive photo via Mike Lewis/Ola Vista Photography

The 2019 Baltic States Swimming Championships wrapped up in Tartu, Estonia over the weekend, with Estonian, Latvia, Lithuanian and other nations putting their top swimmers to the test.

Competing in long course, Povilas Strazdas of Lithuania pulled down 3 victories over the course of the two-day affair, including taking the 50m freestyle gold in 23.52. He followed that up with a 200m freestyle podium-topping effort of 1:53.24 and concluded with a 200m IM victory of 2:05.74. Strazdas also earned bronze in the men’s 100m free in 51.70.

Andrejs Frolovs of Latvia got the job done in an ever-so-close men’s 50m breaststroke final, clocking 28.86 to runner-up Martin Allikvee‘s silver medal effort of 28.87. Allikvee exacted some revenge in the form of the 100m and 200m breaststroke victories, however, clocking times of 2:14.46 and 1:03.03, respectively for gold in each.

Those Estonians have “stones”

“putting their top swimmers to the test” – I am not so sure about that, because Lithuania essentially was swimming without their Olympic team – Rapsys, Titenis, Bilis, Sidlauskas, Meilutyte etc. I am sure the result would have been different if any of these swimmers swam for Lithuania in this meet.