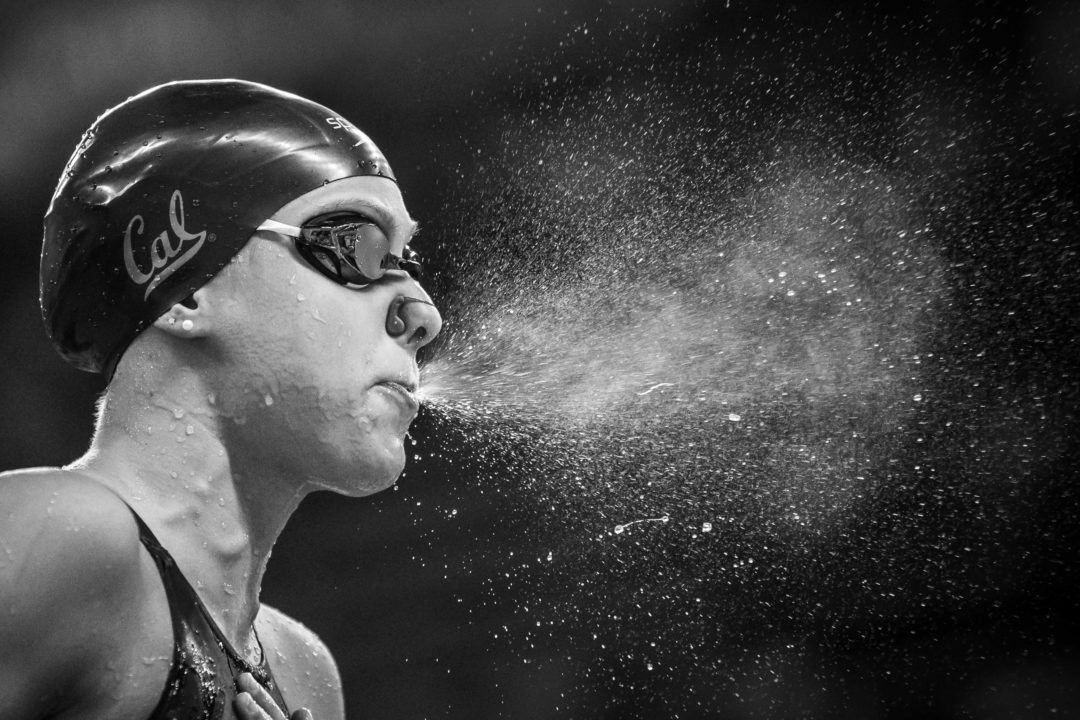 USC’s Louise Hansson was right on her own record pace at the 50 in 23.03. She held on to her lead, posting the fastest time in history to repeat as champion with a new NCAA Record of 49.26. Behind her, Michigan freshman Maggie MacNeil was within about 2 tenths of the American Record with a 49.66, which is just hundredths shy of her best from Big Tens. MacNeil’s swim was the 4th fastest performance in history.

Cal’s Katie McLaughlin broke 50 for the first time, making her the 5th swimmer ever to break that barrier with a 49.97. That breaks Natalie Coughlin’s former Cal school record of 50.01. Tennessee’s Erika Brown, the 4th fastest performer ever, was 4th here in 50.38.

SEC runner-up Aly Tetzloff of Auburn clipped a few tenths off her best time for a top 5 finish, clocking in at 50.61. Cal freshman Izzy Ivey hit the wall in 50.82 for her first sub-51 swim. Virginia’s Morgan Hillalso broke 51 for the first time, just 2 hundredths behind Ivey for 7th in 50.84. Both Tetzloff and Ivey will compete in the 100 back later tonight.

Wisconsin’s Beata Nelson was flying under record pace with a 23.76 at the 50. Nelson followed through with the fastest time in history, crushing the American Record by almost half a second in 49.18. That makes her 2-for-2 in individual titles here. Nelson broke her own NCAA Record tonight, but took back the American Record after Regan Smith broke Nelson’s mark earlier this month. Nelson has now broken 50 for the 5th time in her career and owns 5 of the all-time top 10 performances.

Cal’s Amy Bilquist took almost half a second off her best, closing in on the 50-barrier with a 50.05 for 2nd. She’s now the 10th fastest in history. Stanford freshman Taylor Ruck took 3rd here, posting another lifetime best on the back end of her double. Ruck reached in in 50.34, just out-touching Cal freshman Izzy Ivey, who also swam a best time on the back end of a double in 50.42. There was a 3rd freshman to swim this as their 2nd individual race tonight. Michigan’s Maggie MacNeil finished 6th in 50.98.

did she change her name?