Ervin, Gilot To Participate In Torch Lighting At Maccabiah Games 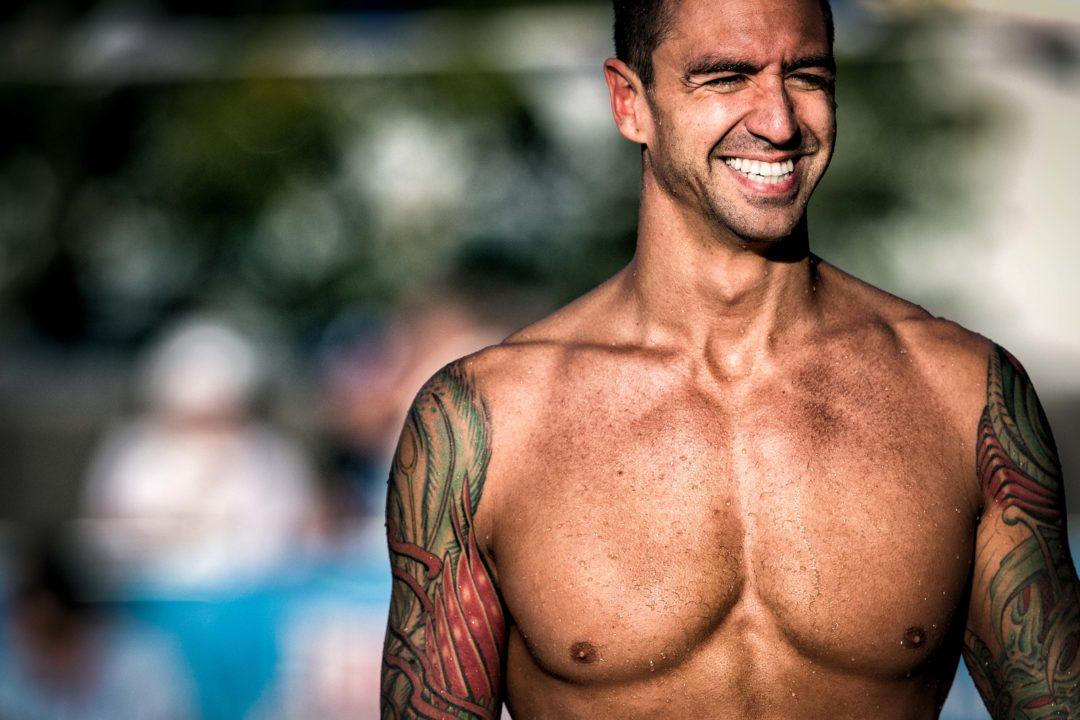 Anthony Ervin will be one of seven athletes participating in the torch lighting ceremonies at the 20th Maccabiah Games. Archive photo via Mike Lewis/Ola Vista Photography

Seven athletes have been selected to participate in the torch lighting ceremony at the 20th Maccabiah Games, including two swimmers. American Anthony Ervin and Frenchman Fabien Gilot have both been selected, along with five Israeli athletes.

Ervin, fencer Eli Derscwhitz and rugby sevens star Zach Test will be the three Team USA Olympians on the American team at the Games, set to begin in July. Team USA will have the largest delegation at the competition.

U.S. General Manager Jeff Bukantz will lead the team of over 1100 into competition. He said, “In just over two weeks, Team USA will arrive in Israel for the experience of a lifetime”.

Both having competed at the Maccabiah Games in the past, multi-time Olympic gold medalist Lenny Krayzelburg and Jason Lezak will join Team USA as ambassadors.

Both Krayzelburg (2001) and Lezak (2009) skipped the World Championships the year the competed at the Maccabiah Games. Now it’s not clear if that is Ervin’s intention (if he qualifies for the U.S. team), but with the Maccabiah Games wrapping up on July 18th and the swimming competition in Budapest starting on the 23rd, it would be possible to do both.

Despite winning Olympic gold last year in Rio Ervin is far from a lock to qualify in his signature 50 freestyle, with bronze medalist Nathan Adrian, now three-time NCAA champion Caeleb Dressel, and a few others nipping at his heels.