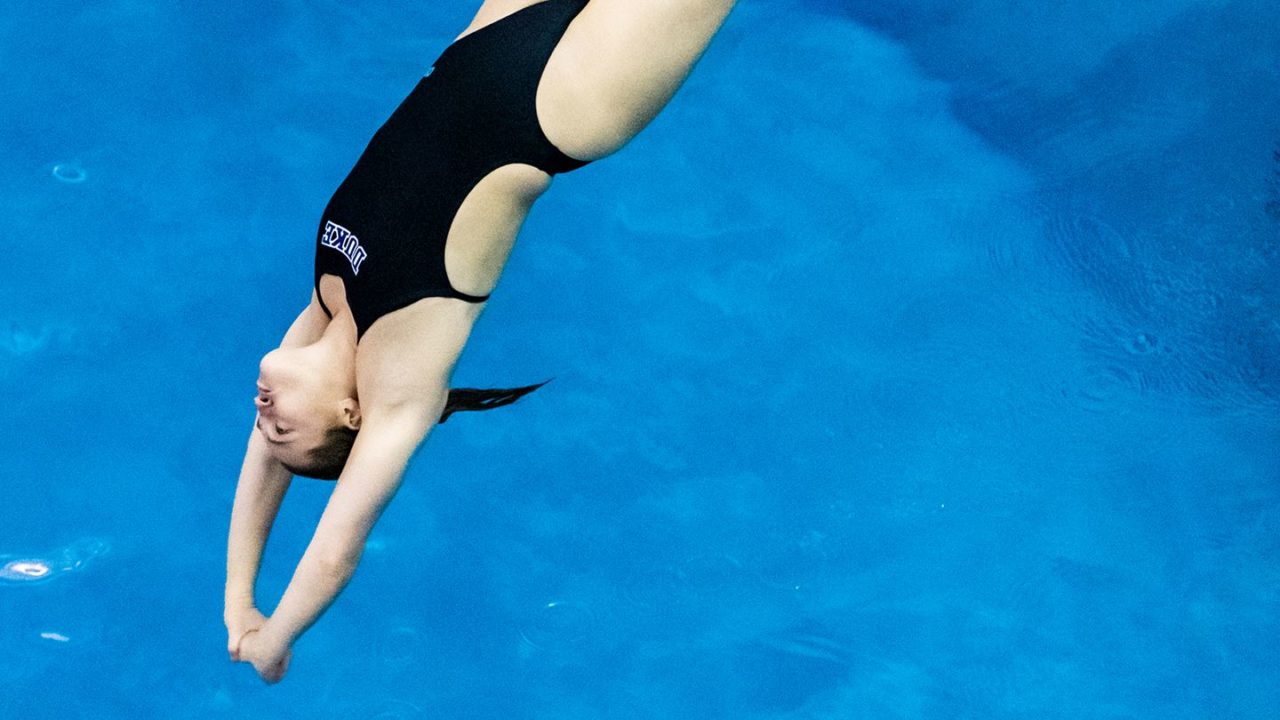 Saturday’s diving meet will begin at 11 a.m. The meet will feature the Blue Devils’ and Tar Heels’ diving teams.

North Carolina opened the 2020 season ranked No. 18 and No. 24 in the women’s and men’s CSCAA preseason poll, respectively.

Although dropping its opening meet to NC State, the Tar Heels’ diving performed well. On the women’s side, North Carolina placed first, second and third in both events with Emily Grund taking the top spot. Anton Down-Jenkins and Alex Hart placed first and second, respectively, in both the one- and three-meter competitions.

Live results will be available through DiveMeets. The meet will not be streamed.

As previously announced, all Duke home athletic events continue to be held without fans.

Junior diver Maddi Pullinger was named ACC Women’s Diver of the Week after winning both diving events against the Hokies. A native of Sydney, Australia, Pullinger score topped the field of nine divers in both the one- and three-meter events, scoring 301.58 and 324.53, respectively.

Pullinger holds top-five scores in Duke history in both the one- and three-meter events. Her career-best score of 326.70 in the one-meter places her second in program lore, just behind Olympian Abby Johnston. In addition, Pullinger sits fourth in the all-time three-meter chart with a score of 336.90.

Next on the Blue Devils’ schedule is the UNC Invitational. The meet will feature four ACC teams and take place December 3-5 at the Koury Natatorium in Chapel Hill.

For more information on Duke swimming and diving, follow the Blue Devils on Twitter, Facebook and Instagram by searching for “DukeSwimDive”. You can also find all-access coverage of all Duke athletic programs on SnapChat by searching for “dukeathletics”.