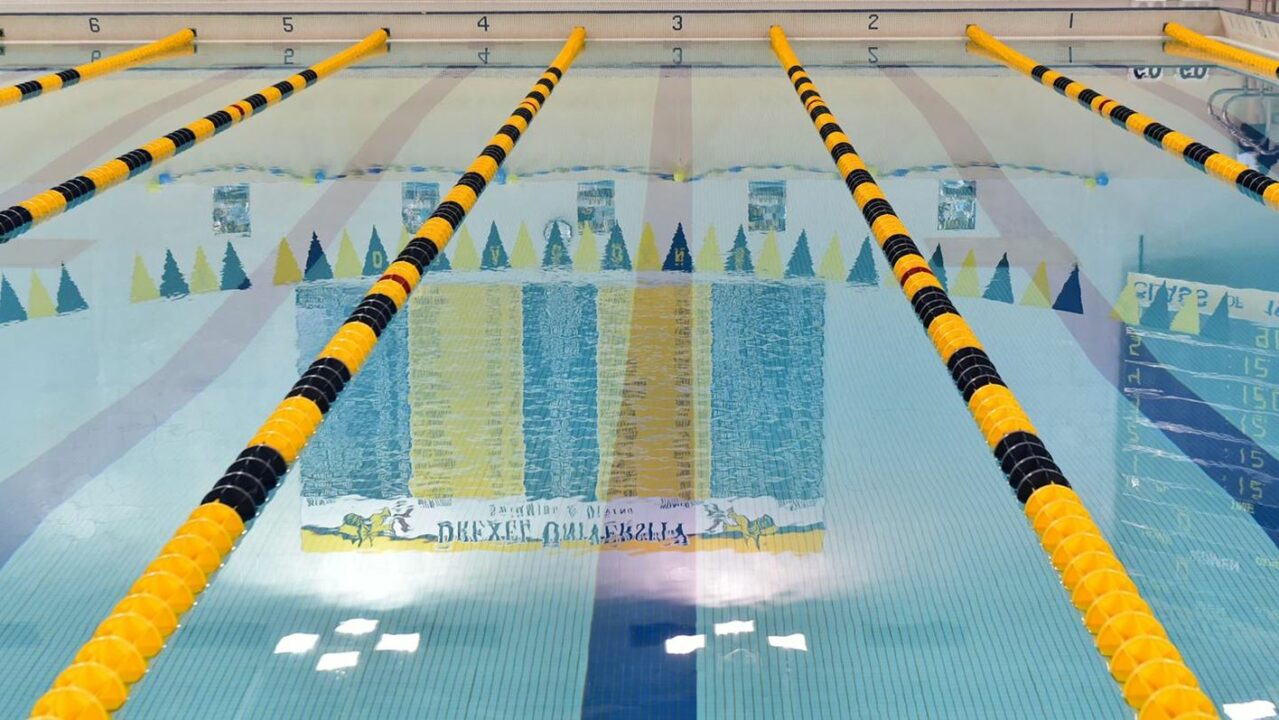 The Dragons are looking to build off last season that saw the men place third and the women place sixth at the CAA Championships in Christiansburg, Va. Stock photo via Drexel Athletics

PHILADELPHIA – Drexel swimming and diving has announced its 2021-22 schedule. The Dragons are looking to build off last season that saw the men place third and the women place sixth at the CAA Championships in Christiansburg, Va.

The two teams start their competition by traveling to La Salle on October 8 to face the Explorers. The last time Drexel met the Explorers was in the 2019 season when the women’s team earned a 194.5-99.5 win, and the men took a 180-117 victory.

After battling the Explorers, Drexel will head north to Boston, Mass. on November 5 and 6. The women participate in a tri-meet with Northeastern and Boston College while the men will have a dual against the Eagles.

The Dragons then make an appearance at the Patriot Invitational, hosted by George Mason, on November 18 through the 20th.

Following the Patriot Invitational, the Dragons return home for three dual meets. The first is against Lehigh on December 4. It marks the first time since February of 2019 that the Dragons will host a home competition.

The second and third meets take place in 2022. The Dragons host CAA rival Delaware on January 9 followed by the last regular season meet against Towson on January 22.

Both teams then turn their attention to the 2022 CAA Championships, held at the Christiansburg Aquatic Center in Christiansburg, Va.