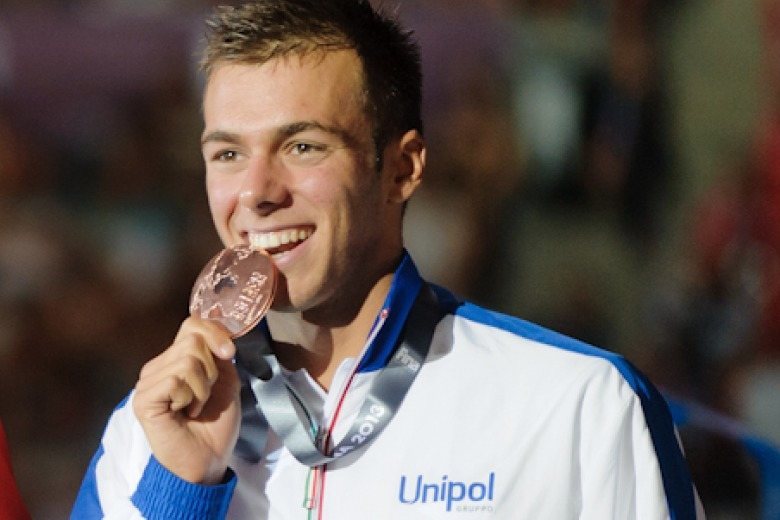 A seemingly non-stop, action-filled five days characterized this 2015 European Short Course Championships in Netanya, Israel, as records of all kind fell to the floor before the meet was done.

Even before the in-pool racing began, this 18th edition of the meet had beaten all previous editions in terms of number of LEN Member Federations participating in the event. 48 federations attended the event, with 500 swimmers partaking in the swimming competition.

LEN President Paolo Barelli was extremely pleased with the production, operation and outcome of these championships, saying “The 2015 European Short-Course Swimming Championships were one of the greatest and the best ever in the history of the event. Thanks to the Israeli organizers, the Israeli Swimming Association, the City of Netanya and the event’s Partners we could spend a wonderful week here. The venue, the accommodation, the hospitality all catered even the highest demands. I should mention security too, as we enjoyed the utmost safety – or let me say, we never felt that we could face any problems here. Our hosts took care of all participants without any demonstration but with great professionalism.”

Throughout the five days of competition three World Records were broken, two European Records went down and 11 Championship Records fell.

There were 25 swimmers with multiple medals, led by Hungarian Katinka Hosszu with a total of 7, including 6 individual golds. She broke the World Record in the 100m IM in the process.

Sweden’s Sarah Sjostrom collected 4 medals at the meet, with golds in the 50m/100m butterfly and the 100m freestyle, along with a silver in the 50m freestyle.

The men’s side of the competition saw Hosszu’s Hungarian teammate, Laszlo Cseh swim away with three European Short Course titles, two while clocking new European Records. Cseh’s gold medals in the 200m IM and 200m butterfly wrote his name into the competition’s record books, while he also claimed the 100m butterfly title.

However, Italian Gregorio Paltrinieri sparked the biggest fireworks for the men with his whopping World Record in the men’s 1500m freestyle.  Cracking a time of 14:08.06 in the longest event on the schedule, Paltrinieri claimed gold in a time that wiped the oldest world record off the books. The previous record time of 14:10.10 was held by legendary Aussie distance freestyler, Grant Hackett, swum back in 2001.

As such, Katinka Hosszu and Gregorio Paltrinieri led the final point standings from an individual standpoint. Hosszu collected 1004 total and Paltrinieri earned 1007.

In the overall team competition, Italy’s depth helped earn them the Team Trophy, raking in a point total of 1099. Russia was 2nd place overall with 952 points, while Hungary wound up 3rd in 738.