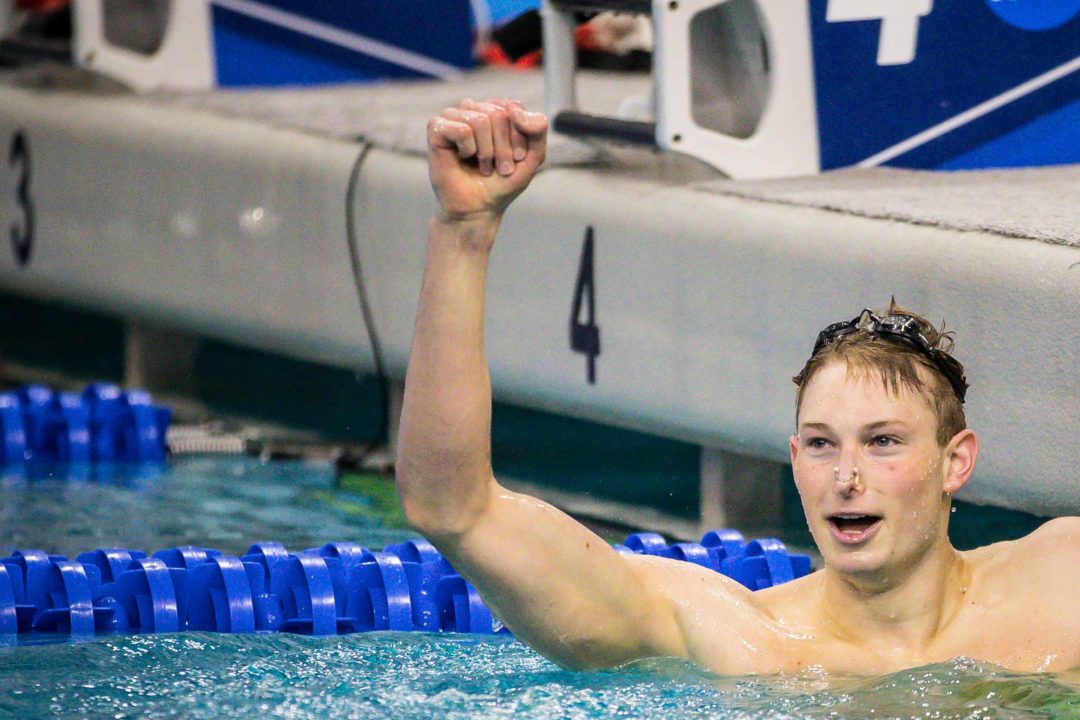 The 25 women’s swimmers and divers marked the largest group of selections for any at-large sport, followed by tennis (15), golf (12) and rowing (8), lacrosse (8) and gymnastics (8).

All-District honorees, which are selected from eight geographic regions across the country for Division I, are eligible for Academic All-America honors, which will be announced in June. The awards recognize the top student-athletes nationally for their combined performances on the field of play and in the classroom.

Headlining the group of Division I men’s swimming and diving selections are Harvard’s Dean Farris, who won NCAA titles in the 200 back and the 100 free while setting the NCAA, American and U.S. Open Records in the 200 free as part of Harvard’s 800 free relay and NC State’s Andreas Vazaios, the NCAA champion in the 200 fly and 200 IM runnerup.

Kentucky’s Asia Seidt, who three-peated as the SEC 200 back champion and was the NCAA runnerup in the event, and was previously tabbed for the 2019 Women’s DI Elite 90 award and Arthur Ashe Female Sports Scholar of the Year also was among the Division I female honorees.

Man, exactly. Congratulations to these studs.