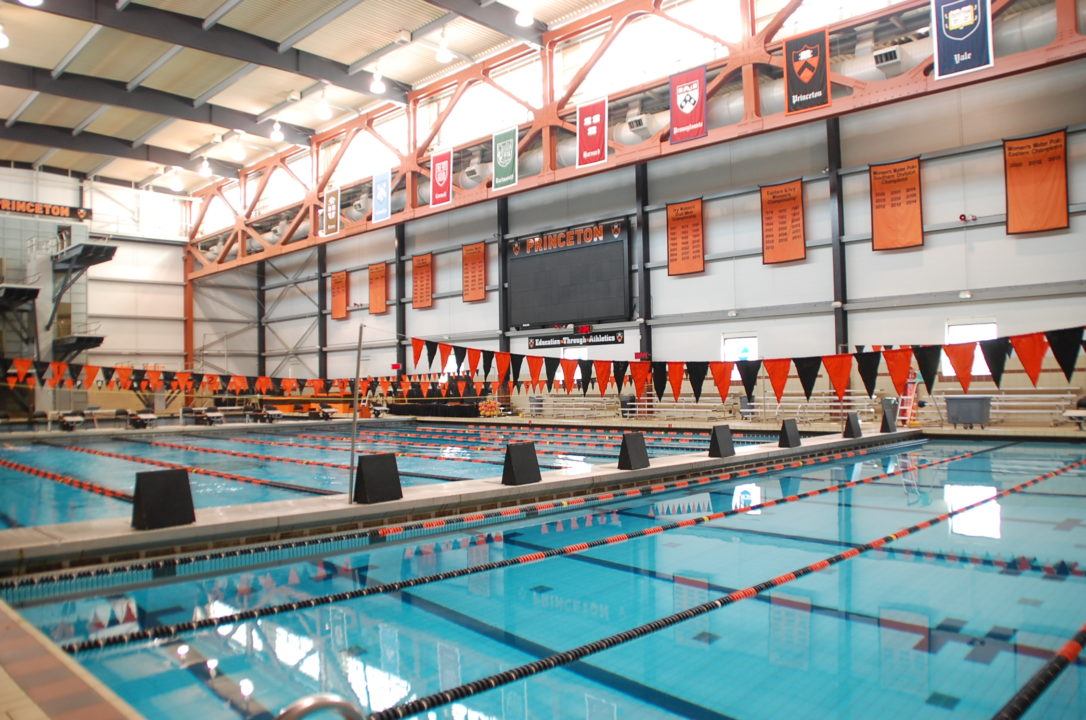 Another East Coast school revealed its newest head coach today, as Princeton announced that William & Mary's Matt Crispino will be taking over the Princeton men. Current photo via Anne Lepesant

The Cougars will return to competition on Saturday, Oct. 31, against Cal Poly in a virtual format.

Matt Crispino will be departing the College of William & Mary, after twelve seasons as the head coach at his alma mater, and heading to New Jersey, where he’ll take over the Princeton’s men’s team, the Tigers announced today.

Princeton had a long string of success under Orr, although the program has gone through a rough spell over the past few years, including the program’s suspension in the second half of the 2016-2017 season. Still, the Tigers have managed to finish 2nd at the Ivy League championships the past two years.

At W&M, Crispino turned the Tribe into the strongest combined program in the Colonial Athletic Association. The men’s team has won five straight conference championships, while the women have won two titles in that same span. Crispino has been named CAA Coach of the Year six times for the men and one time for the women.

Matt Crispino has a resume that is loaded with team and individual championships and a commitment to the educational and leadership values that athletics provides. That combination has given him the opportunity to fill the very large flip-flops left on the deck at DeNunzio Pool.

Crispino, who built William & Mary swimming and diving into a Colonial Athletic Association powerhouse while serving as a driving force in the campus community and having his athletes earn overwhelming success in the classroom, has been hired as the head men’s swimming and diving coach at Princeton University, Ford Family Director of Athletics Mollie Marcoux Samaan has announced. Crispino replaces Rob Orr, who retired after 40 years with the Tigers.

“I would like to thank Mollie Marcoux Samaan and the entire search committee for their faith in me and belief in my vision,” Crispino says. “I’m thrilled to be joining the Princeton swimming and diving community. Princeton University is without equal when it comes to the pursuit of a world-class undergraduate education and high-level athletic pursuit. The values of the University and the athletic department align well with my own, and the men’s swimming and diving program is poised for unprecedented success. My family and I look forward to getting to Princeton and getting started. Go Tigers!”

The successes that Crispino’s Tribe teams have had have been staggering.

Under his leadership of both programs, William & Mary has won the last five CAA men’s championships while adding women’s championships in 2016 and 2017. All 19 men’s program records have been broken within the last eight years, and Tribe men’s swimmers have set and then broken 119 individual or relay records on his watch.

There have been 76 CAA men’s and 40 CAA women’s individual or team champions in his tenure. He has coached 96 percent of William & Mary’s top-10 performances and 2,351 lifetime best performances.

He has been the CAA Coach of the Year seven times (six for the men, one for the women) while coaching three CAA Swimmers of the Year, nine CAA Rookies of the Year, seven league championship Most Outstanding Performers and 10 Olympic Trials qualifiers.

Adding to that in-pool success are 26 CSCAA Scholar All-Americas, two CoSIDA Academic All-District honorees, eight CAA Swimming and Diving Scholar Athletes of the Year (two of whom won the CAA award for all sports) and five Phi Beta Kappa inductees.

He is also the founding member of the William & Mary Hazing Prevention Coalition and the organizer of a fund drive that has raised nearly $15,000 per year for cancer research through an open water swim event. Most recently, he was a recipient of W&M’s Plumeri Award for outstanding achievements in teaching, research and service to the William & Mary community, making him the first member of the athletic department to be so honored.

“We are thrilled to welcome Coach Crispino and his family to the Princeton Athletics and the Princeton University Swimming and Diving family. His tremendous accolades and accomplishments speak for themselves, but we were most impressed with his commitment to the holistic development of each individual student-athlete and his commitment to continuous growth in and out of the pool. His values are fully aligned with our department’s values and we look forward to him building upon the tremendous legacy left by Coach Orr over the past four decades,” said Marcoux Samaan.

Crispino is a 2002 William & Mary graduate with a degree in government. He was the team MVP and co-captain his senior year, and he was part of the school record for the 800 freestyle that stood for 10 years. He was also a CAA Scholar-Athlete himself and the W&M President’s Award winner.

He began his coaching career while earning a master’s degree in physical education with a concentration in sport management at Florida State and then moved on to serve as an assistant coach at Army West Point and Colgate before becoming the Director of Swimming at his alma mater in 2007.

“Rob Orr is a legend, one of the best coaches to ever walk a pool deck,” he says. “We will always honor the past and the influence he had on countless young men over the years. I plan to build upon Rob’s four-decade legacy by helping the program to new heights. Lastly, I want to thank everyone who made my tenure at William & Mary so special. Coaching at my alma mater for 12 years was truly an honor. I’m proud of what our student-athletes accomplished academically and athletically, and I believe the program is positioned for long-term prosperity. I look forward to supporting W&M in the future while pursuing excellence at Princeton.”

Crispino’s wife Liz is a former Tribe swimmer and CAA 100 and 200 butterfly champion. They are the proud parents of Lydia (age 7), Audrey (age 1) and Caroline, who passed away in 2015 at the age of five months.

Any chance we get an update on all the open positions and newly vacated ones too please??

Absolutely fantastic hire. Crispino has done great things for the Tribe. While we’re sad to see him go, we know he’ll do great things at Princeton.