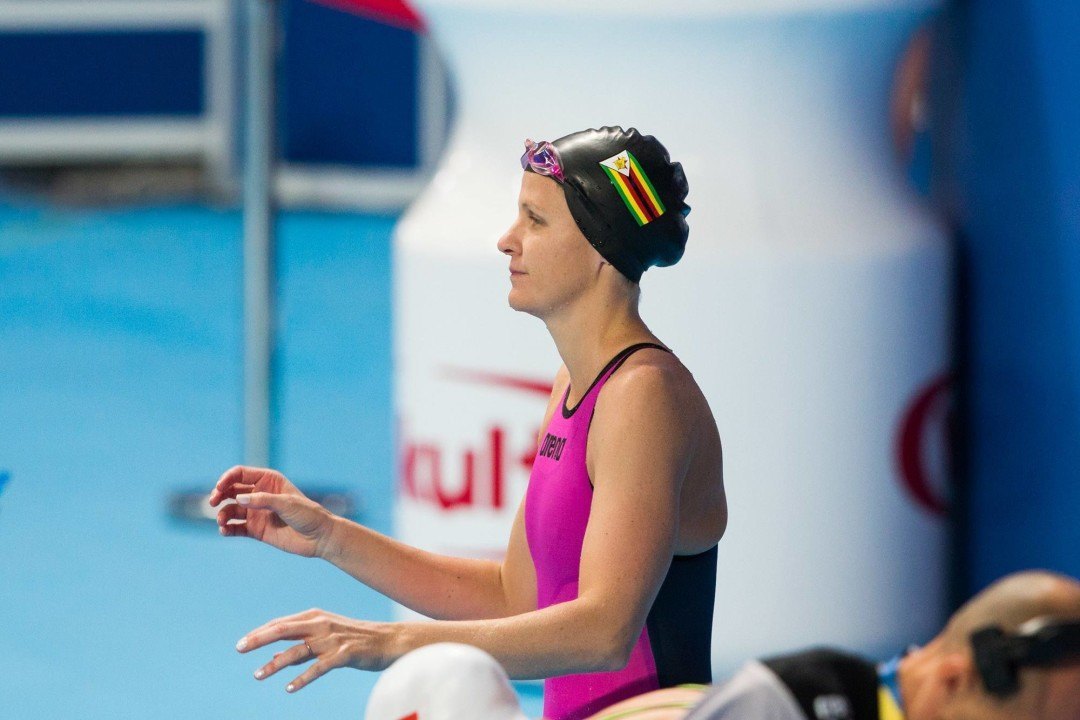 Zimbabwe's Kirsty Coventry won the women's 100m backstroke tonight, an event she has now dominated at the All Africa Games since 2007. Archive photo via Tim Binning/TheSwimPictures.com

The 2015 All Africa Games continued with yet more wins for the South African contingent, a team who has been dominant thus far in the competition taking place in Brazzaville, Congo.  But, one lone Zimbabwean, Kirsty Coventry, proved mighty enough to stop a full day’s worth of gold medals for RSA on this, day 3 of the meet, en route to making some history of her own.

Coventry was the only non-South African to stand atop the podium in tonight’s finals session. Her time of 1:01.15 beat out the 100m backstroke field and gave Coventry her third consecutive All African Games win in the event, having already claimed gold in the 2007 and 2011 editions of the Games.  She holds the 100m backstroke All African Games record with her 1:00.86 performance from 2011.

South African teammate, Tatjana Schoenmaker, also racked up her second victory, touching the wall first in the women’s 50m breaststroke.  Her time of 32.49 earned her the gold to add to the 200m breaststroke win she claimed on day 2.

For the men, Clayton Jimmie would end up victorious in the men’s 100m freestyle in a time of 49.93, followed closely by Egypt’s Mohamed Samy who charged just behind in 49.97.  The two would represent the only sub-50 second freestylers of the 100m field today in Brazzaville.

Fly master Chad Le Clos was at it again for South Africa, taking the men’s 50m butterfly comfortably in his time of 23.51, a new championship record.  Le Clos had already easily mastered the 100m butterfly earlier in the meet, clinching the gold in a time of 51.24.