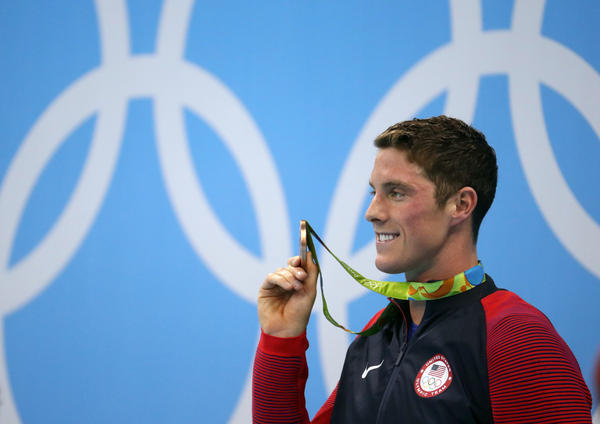 Olympic medalist and Illinois native Conor Dwyer threw out the first pitch at the Cardinals versus Cubs game on Friday... Archive photo via Simone Castrovillari

Olympic medalist and Illinois native Conor Dwyer threw out the first pitch at the Cardinals versus Cubs game on Friday night at Wrigley Field.

Gracing the pitchers mound for the third time, Dwyer is no stranger to Wrigley Field. Dwyer has thrown out two pitches at previous games since his Olympic debut in London.

Dwyer has an interesting historic linking to the Chicago Cubs through his grandfather, Jim Dowdle. Dowdle helped run the club as executive VP of Tribune Co., whom were previous owners of the Cubs. Dowdle’s most famous addition to the Chicago Cubs empire was the hiring of announcer Harry Caray. Caray is most famously known for singing “Take me Out to the Ball Game” during the seventh inning stretch, a tradition that still takes place to this day, and Dwyer helped lead when the Cubs took on the Cincinnati Reds.

Dwyer won a gold medal and a bronze medal at the past Olympic games in Rio. He earned his gold in the men’s 200m Freestyle relay, while gaining his bronze in the mens individual 200m freestyle.

At the conclusion of the game the Chicago Cubs beat division rivals the St. Louis Cardinals 5-0.