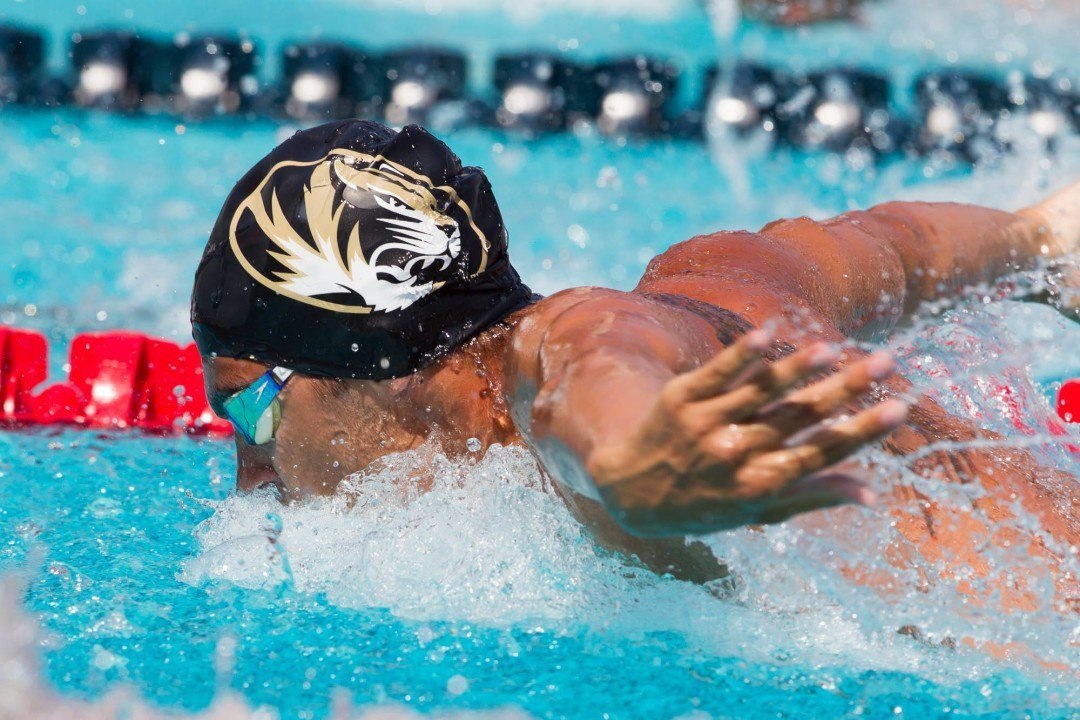 The University of Missouri Swimming and Diving programs announced their captains for the upcoming 2016-17 season. Seniors Michael Chadwick and... Archive photo via Tim Binning/TheSwimPictures.com

The University of Missouri Swimming and Diving programs announced their captains for the upcoming 2016-17 season. Seniors Michael Chadwick and Andrew Sansoucie will lead the men’s side of the program this year. The women’s captains are still unannounced.

Chadwick, competing in his 4th and final collegiate season for the Tigers, and leading as captain for his second year in a row, is coming off of his best season yet for Missouri. Chadwick snagged 4th in the 50 free and 6th in the 100 free at NCAAs. Most recently, Chadwick has earned a spot on the USA Swimming National Team for the second year in a row.

Senior sprinter and the Tigers’ top returning flyer Andrew Sansoucie will lead next to Chadwick this year. Sansoucie had a breakout year on the conference and NCAA level in his junior season. He helped Missouri earn A-final finishes in both the 200 free and 400 medley relays at the 2016 NCAA Division I Championships. After the collegiate season wrapped, Sansoucie placed 11th overall at Olympic Trails this past July in the 100 fly.

The Tigers will open their season with the Show-Me-Showdown on October 7th at the Mizzou Aquatic Center.