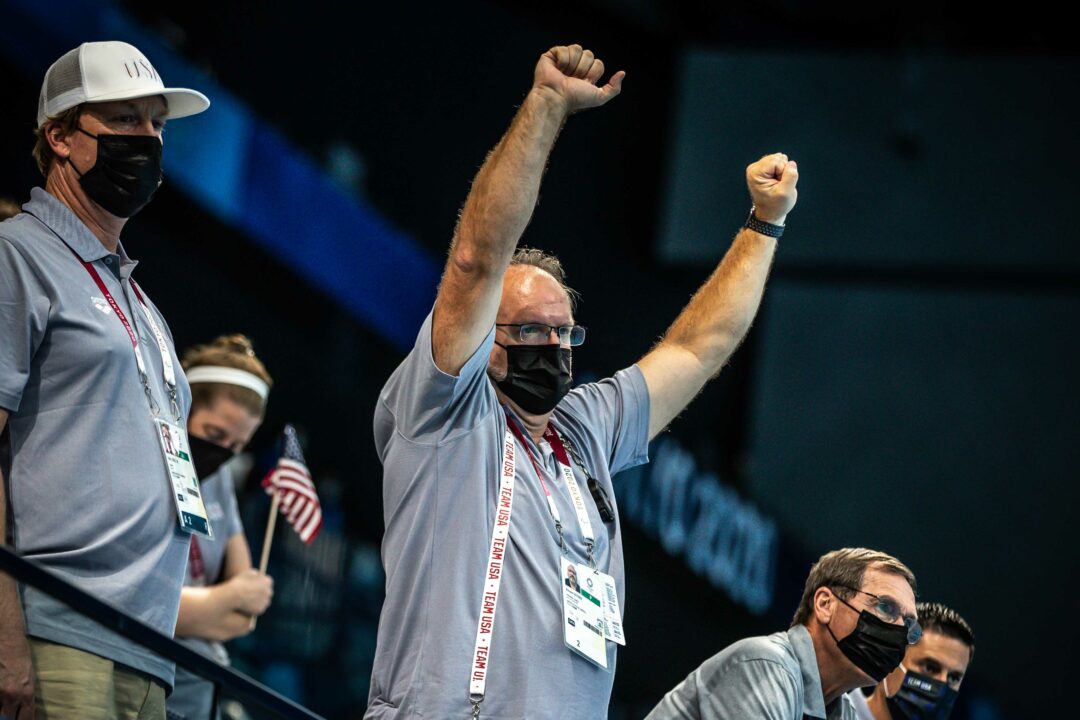 The success of Aitkens' Sandpipers of Nevada team has been nothing short of extraordinary this month. Archive photo via Jack Spitser/Spitser Photography

It’s no secret that the Sandpipers of Nevada have been churning out high-end distance swimmers over the last few years, notably putting Erica Sullivan, Katie Grimes and Bella Sims on the U.S. Olympic team last summer.

Ron Aitken, the Sandpipers’ head coach, has continued to lead his swimmers to elite results in 2022, and that was on full display throughout the month of April.

First, at the U.S. Open Water Nationals at the beginning of the month, Grimes rolled to a dominant victory in the women’s 10K event, winning by a minute and 10 seconds.

Grimes also went on to win the junior 7.5K event, while four of her Sandpiper teammates, Claire Weinstein, Ilya Kharun, Luke Ellis and Brice Barrieault, had some big performances to join her on the Junior World Championship Open Water Championship roster.

Also taking place early in the month was the Canadian Swimming Trials, where Sandpiper swimmer Abby Dunford dropped 18 seconds from her best time to win the women’s 1500 free and qualify for her first World Championship team.

Most recently, at the U.S. Trials in Greensboro, the Sandpipers have once again been swimming lights out.

Weinstein had a phenomenal performance in the women’s 200 free, becoming the fastest 15-year-old in American history (1:57.08) to place second to Katie Ledecky and qualify for the individual event at the World Championships.

Sims and Grimes placed third and fourth, respectively, on the opening night in the women’s 800 free, and Sims placed fifth in that 200 free which qualified her for a spot on the World Championship team in the 800 free relay.

Grimes, who narrowly missed qualifying with an eighth-place finish in the 200 free, came back with a vengeance on Thursday night, dropping five seconds to win the 400 IM and book her ticket to Budapest while moving up into third all-time in the 15-16 age group.

Grimes added a runner-up finish over the weekend in the 1500 free behind Ledecky in a time of 15:51.36, qualifying for the World Championship team while becoming the second-fastest swimmer in the girls’ 15-16 age group in history.

With three swimmers qualifying for the U.S. World Championship team, Aitken was then named one of five assistant coaches for the American squad by USA Swimming.

With all of the team’s recent success in qualifying for international competitions, Aitken and his Sandpiper coaching staff will have a busy summer, but that’s just a sign that things are going well.