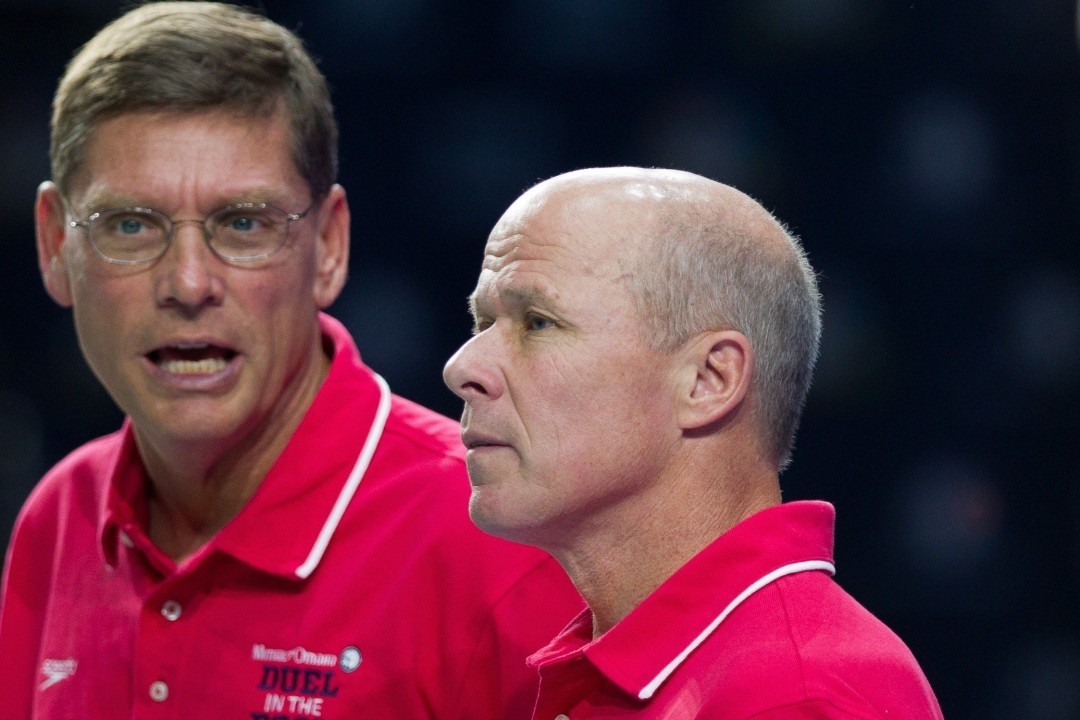 The Georgia Bulldogs had great showings at their fall invitational, while several Georgia-based pros stood out in the ISL taking place in Hungary. Archive photo via Tim Binning/TheSwimPictures.com

Coach Jack Bauerle has spent years cobbling together sprint free relays out of converted IMers, breaststrokers, distance swimmers, divers… well, maybe not the last one. But Bauerle took a big step in addressing UGA’s sprint deficiencies in the last few rounds of recruiting, and it paid off with three school records on relays.

Dillon Downing looks like a true sprinter to build around in his sophomore season. Camden Murphy has been a standout flyer, and broke the school record with a 44.89 in the 100 fly. That was Murphy’s first swim under 45 seconds, and moves him to #21 all-time in the event. Meanwhile the freshman Luca Urlando has been a standout in his NCAA debut.

Some other key swims for the Georgia Bulldogs:

And while they haven’t been training with Bauerle for the past month, several of his Georgia-based professionals helped the Cali Condors win the ISL’s 2020 season title: Olivia Smoliga, Natalie Hinds, Veronica Burchill, Nic Fink, Gunnar Bentz and Kevin Cordes.

Is Coach Bauerle the person pictured on the left or right? Wow great improvement for UGA under this coach. I am picking UGA to win both the WOMENS and MENS SEC MEET in 2021.

I was informed that Coach Bauerle is the person on the right in the photo and the other person is former OSU Coach Bill Wadley. Is Coach Wadley standing on a chair??

Jack actually did have to put his divers on relays in a dual meet against Clemson in 1999. The divers rounded out their last relay to secure the win in a relay only meet. I should also credit Harvey Humphries for doing the point calculations and telling Jack they would lose without the points from that last relay.