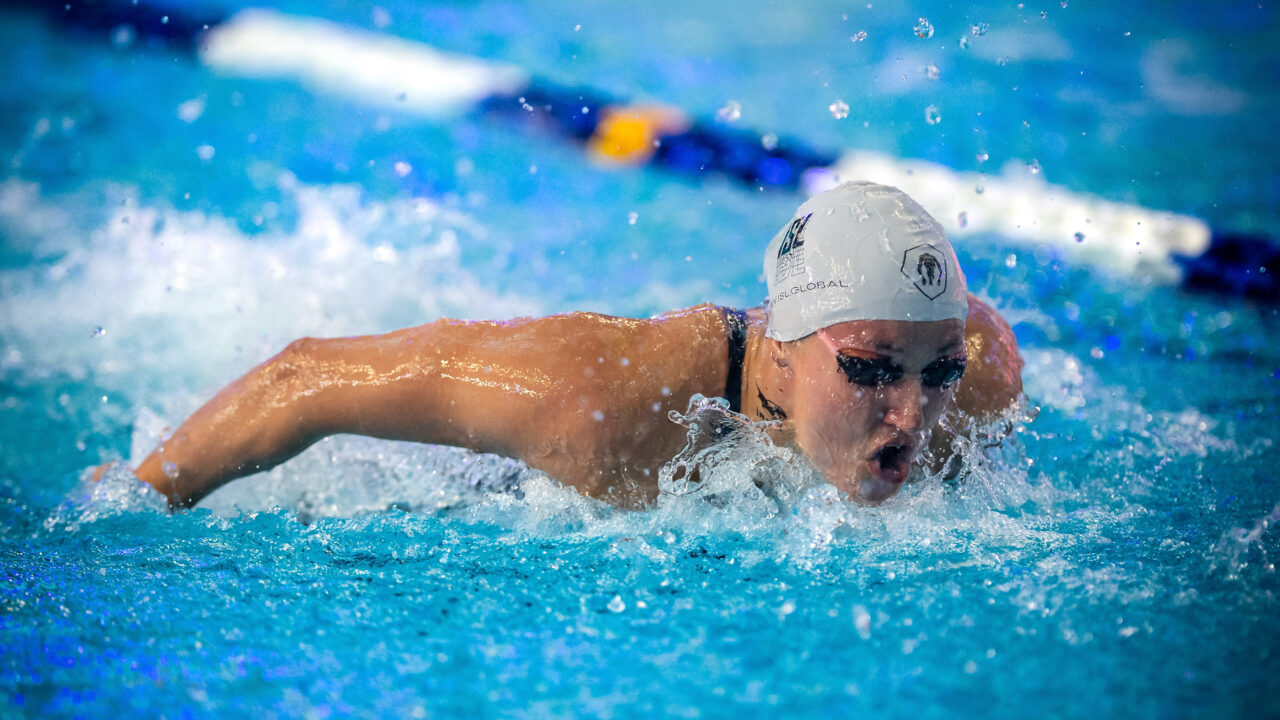 Says Welsh butterfly icon Alys Thomas, "My goal was to make Paris in 2024, but it was set out to me that my wrist was not in a good way." Archive photo via Giorgio Scala / Deepbluemedia / Insidefoto

2018 Commonwealth Games champion Alys Thomas of Wales has called time on her career. The 31-year-old 200m butterfly ace has been dealing with a wrist injury which has prompted her decision to retire, leaning on the advice of medical professionals.

Thomas has been dealing with the injury since the 2010 Commonwealth Games in Delhi, with doctors now warning that the Swansea star could lose functionality of her wrist and hand if she continued to train and compete at a high level.

“Unfortunately, my time in swimming as an elite athlete has to come to an end,” said Alys. “What started out as a simple cartilage injury in 2010 has now reached the point where my management strategies are very limited and basically I can’t go on loading that joint anymore.

“I’m feeling a bit sad, that’s the main emotion I’m going through right now. I’ve had a nice break over the last two months but within that, I had a specialist consultant appointment about a long term wrist injury that I’ve been managing over the last 12 years. I was told that my time in elite sport should come to an end unfortunately.

“I went in with the hope I could squeeze out another 12 to 18 months. My goal was to make Paris in 2024, but it was set out to me that my wrist was not in a good way and if I were to continue loading the joint with the daily grind of training, potentially I would lose function in my hand and my wrist.

“It’s a lot to take in and a lot to get my head around, it doesn’t sit well with me as an athlete and I want to carry on.”

Thomas was a mainstay on the British swimming scene for over 12 years, culminating in her gold on the Gold Coast in the 200n fly in a new lifetime best of 2:05.45. That outing not only topped the podium, but it established a new Games record en route to hacking more than 2 seconds off of her previous career-quickest.

At the 2020 Olympic Games, Thomas placed 7th in the 200m fly final in Tokyo while she most recently placed 6th in the event at his year’s Commonwealth Games.

On the International Swimming League (ISL) front, Thomas raced as a member of Team Iron. In the latest season 3, Thomas placed 141st in the overall women’s MVP rankings, amassing 89 points throughout the matches.

Further reflecting on her career, Thomas said, “I am so proud that I got to four Commonwealth Games representing Wales, that Commonwealth individual gold and relay bronze, two European medals and two World Championships appearances.”

Swim Wales National Performance Director Ross Nicholas said: “I’d like to congratulate Alys on a fantastic competitive career. Although her time competing hasn’t ended in the way she would have dreamed, Alys should be so proud of what she’s achieved since joining the Swim Wales High Performance environment all those years ago.

“It’s testament to her hard work and resilience that she became a Commonwealth champion and an Olympic and World Championships finalist in the last four years of her career, and she will be remembered as one of our nation’s finest aquatic athletes.

“All of us at Swim Wales are here to support Alys in the next stage of her career after she has dedicated so much of her time and effort to not only achieve success in her own career, but to help and inspire those around her.”

Disappointing in the way it has happened, but a great ambassador for swimming in the UK.

Bucked the GB swimming trend of abandoning swimming young and of British Swimming thinking people are done if they haven’t “made it” at 20.