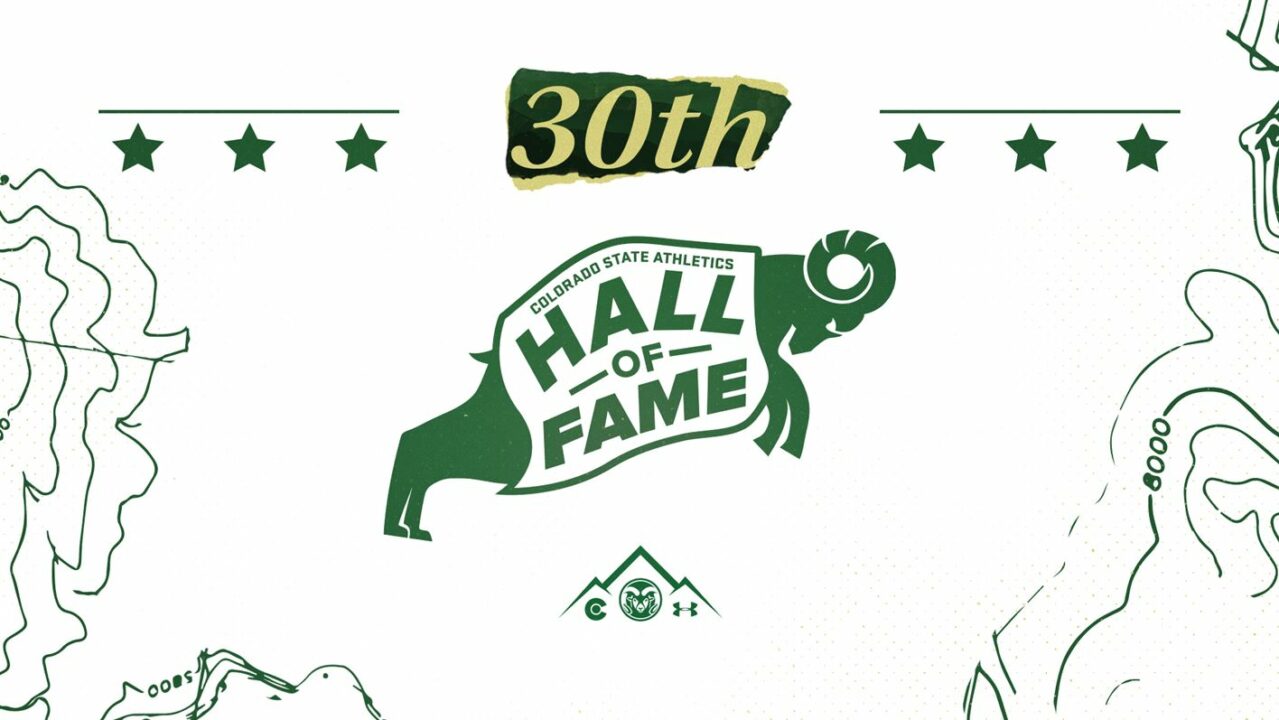 FORT COLLINS, Colo. – Highlighted by five of the greatest to ever don the green and gold, as well as one administrator integral to moving his alma mater forward, Colorado State Athletics announced its 30th Hall of Fame Class on Monday.

The five-member class and Hall of Honor inductee are:

Honorees will be officially inducted, in conjunction with the 4th Annual All-Sports Reunion Weekend, at the Hall of Fame Induction Ceremony set for Sept. 10 from 4:30 – 7 p.m. The following day, Colorado State hosts Vanderbilt for Ag Day, and the class will be recognized on-field.

Breann Fuller Bohnen – Women’s Swim and Dive: 2008 to 2013 (Graduated 2012, Master’s degree 2013)
Breann Fuller Bohnen was a four-time conference champion and set a Mountain West record in 2013 in the 200-yard backstroke. Fuller Bohnen finished 23rd nationally in the 100 and 200 backstroke in 2013 at the NCAA Championships and placed second in the conference three times and was a four-time all-conference selection. As a senior, she received the 2013 Virginia Frank Award, was named the Mountain West Senior Recognition Award winner and was academic all-conference all four years she competed. The team MVP in 2010, 2011 and 2013, Fuller Bohnen graduated with four school records and was named the collegiate swimmer of the year by the Sportswomen of Colorado. She qualified for the 2012 Olympic trials and remained a superb student while at CSU.

Tarry Harrison – Track and Field, Cross Country: 1966 to 1969 (Graduated 1969)
Tarry Harrison competed at a time when CSU was not in conference competition until his senior year. Despite competing independently, Harrison placed second nationally at the NCAA meet in 1968 in the 10,000 meters, earning him All-American honors in addition to winning conference championships in cross country in 1968 and track and field in 1969. He was named to the USTFCCCA All-Region team in 1968 for the 10,000 and helped the cross country team finish 13th in the country at the 1966 NCAA Championships, where he finished 27th nationally. Harrison won the USA Cross Country Championships national titles in 1966 and 1968, and later placed seventh at the 1972 US Olympic Trials in the 5,000.

Rich Feller – Volleyball Head Coach: 1983-1996
Rich Feller set the stage for a winning tradition for the Rams which continues today as the program’s third volleyball coach. Feller coached at CSU for 14 seasons, winning two HCAC conference championships and posting a 299-167 (.642) all-time record with the Rams. During his tenure, Feller coached three All-Americans, five CSU Hall of Fame inductees, had 12 Top 25 final-season rankings, and he took eight of his CSU teams to the NCAA tournament. In 1987, Feller was named the AVCA Regional Coach of the Year, and after leaving CSU in 1996, he became an assistant for Team USA in 1997 and 1998. Feller went on to a distinguished career at the University of California, where he won a PAC-10 championship and was named the 2010 AVCA National Coach of the Year. Feller retired from coaching in 2017.

Debbie Maass – Track and Field: 1991 to 1994 (Graduated 1994)
Debbie Maass not only won two All-American awards for the indoor mile in 1993 and 1994, but she is also one of the rare CSU female student-athletes to win both the Virginia Frank Award (1993) for most outstanding female athlete and the Mencimer Award (1994) for most outstanding female scholar-athlete. Maas was a three-time conference champion in the mile, doing so from 1992-94.

Joel Dreessen – Football: 2001 to 2004 (Graduated 2005)
One of the most well-known tight ends in CSU Football history, Joel Dreessen was an outright performer who received national attention. A 2004 honorable mention All-American by SI.com and Pro Football Weekly, Dreessen earned first-team all-conference honors in 2002 and 2004, second team all-conference in 2003 and was a participant in the 2004 Senior Bowl. He was also a pivotal player on the 2002 MWC Championship team. In 2005 after concluding his collegiate career, Dreessen was a sixth-round draft pick by the New York Jets and played in the NFL for the Jets, Texans and Broncos until 2013.

2021 HALL OF HONOR INDUCTEE
Gary Ozzello – Sports Information Director, Senior Associate Athletic Director and President’s office for External Communications: 1978 to 2020 (Graduated CSU in 1978)
Without question, Gary Ozzello stands as one of the most respected individuals in CSU athletic history. Ozzello’s tenure with Colorado State began while he was a student at the institution when he started working in the sports information office. That run continued for decades. Working with the media on a daily basis, Ozzello’s dedication and work has inspired generations of former students to learn about media relations and how to handle difficult situations in the heat of athletic competition. In 2007, he was promoted to Senior Associate Athletic Director for Communications and guided many others in the department while also working with local and national media. He retired from the athletic department in 2014 to work in the president’s office at CSU for external communications. Ozzello continued to coach and guide the athletic department while in his role, gaining continued respect and honor for the university. In 2020, he retired from CSU after 42 years of amazing service and dedication to Colorado State University and Colorado State Athletics.