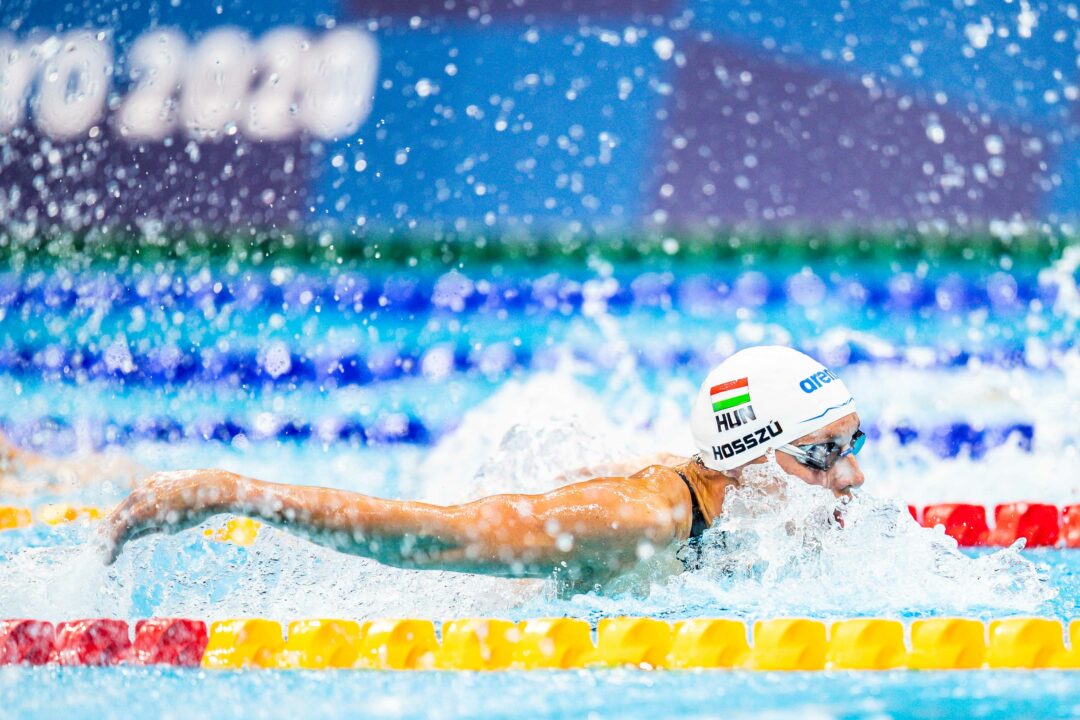 There are two Hungarians ready to take on the field in today’s women’s 400m IM final at the 2020 Tokyo Olympic Games. However, the more famous name is not the one on top entering the race.

Yes, ‘Iron Lady’ Katinka Hosszu, the reigning Olympic champion and world champion in the 400m IM, is indeed among the racers, seeded 7th with a heats swim of 4:36.01. But it’s her 17-year-old compatriot Viktoria Mihalyvari-Farkas who put up a best time of 4:35.99 to rank one spot ahead in 6th.

Entering this meet, Farkas’ career-fastest rested at the 4:36.81 she posted in Budapest at this year’s European Championships. That rendered her as the silver medalist behind winner Hosszu’s 4:34.76.

As such, her prelims swim there marks the first time Farkas has been under 4:36, knocking nearly a second off of that previous PB en route to making the final. Her heats swim here in Tokyo also overtook the long-standing Hungarian Age Record for 17-year-olds, a mark even Hosszu had not surpassed.

The Hungarian Age Record for 17-year-olds had stood at the 4:36.17 Eva Risztov produced way back in 2002, meaning Farkas knocked off a national age record that’s been on the books for nearly 20 years.

Could Farkas possibly be the one to carry the storied Hungarian IM torch this Olympic Games? Or, will Hosszu snap into form and top the podium once again? We’ll find out in a few hours’ time but Hungary has two opportunities to take home a medal.

No. Usually like 45 minutes before the start of the session. Hopefully we hear some rumors.

2
0
Reply
Sam B
Reply to  Hswimmer

Uh didn’t know I had to ask a question on a certain article?

whoever downvoted this: ?
just curious

This downvoting is just ridiculous

I’ve a sneaking feeling for Belmonte. She’s done nothing all year but then rolls up at the Olympics and quietly qualifies 4th fastest by stalking down the pre-race favourite, Hosszu. She creeps up under the radar, wins weak events and crushes dreams with her closing. No-one’s talking about her, but no-one ever does.

A wide open field, which tends to favour the young and unknown. I wouldn’t be surprised to see Farkas medal tonight.

A medal would be a miracle, it seems too much to ask from M. Farkas. She has already exceeded all expectations and can be proud of any placement in the final. I am happy to see her in the final, a great start of a promising cereer.

Oops, this was meant to be reply to Oli