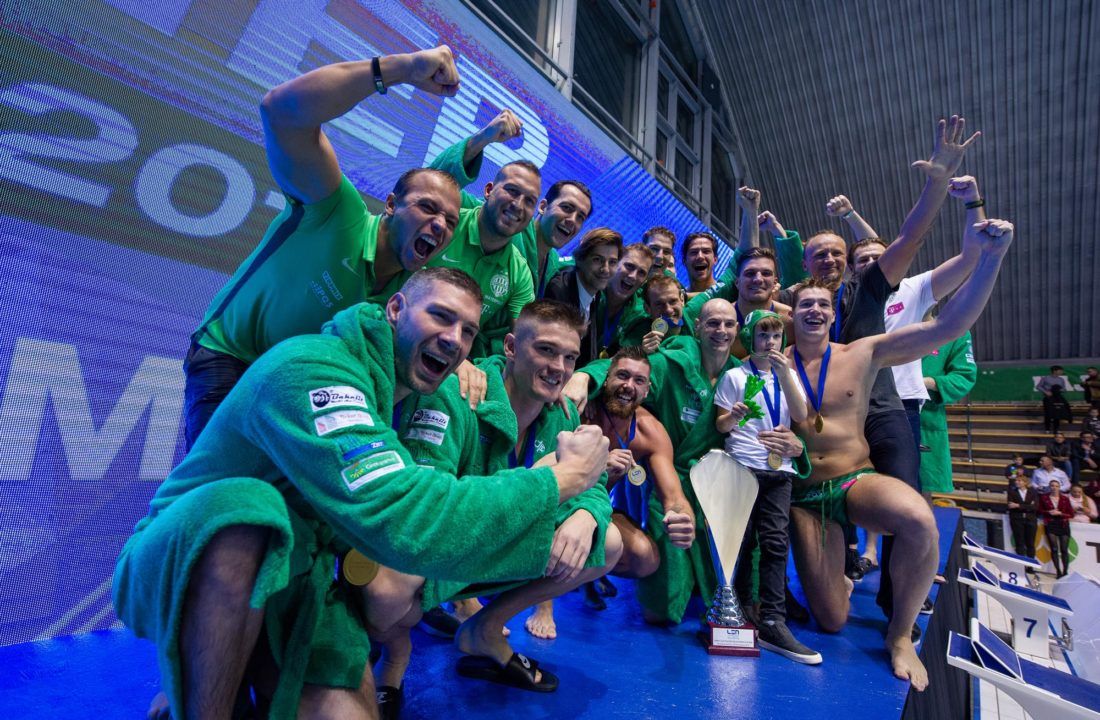 The rematch of last season's semi-final between Ferencvaros and Brescia is among the highlights of the opening day in the Champions League main round. Archive photo via LEN Media

The rematch of last season brilliant semi-final between Ferencvaros and Brescia and the top Serbian derby featuring Novi Beograd and Radnicki are the highlights of the opening day in the Champions League main round. Recco’s trip to Marseille can also turn into an exciting encounter in Group B on Wednesday. LEN kicks off this new edition by having created a new Champions League-dedicated website where all kind of contents are available on the competition at http://championsleague.len.eu.

Champions League is back in its well-known format. After a halted season in 2020 and an altered one – Covid-formatted, so to say – last year, the top water polo club competition will offer the usual thrills once more as teams return to their respective home pools. Players are very much enthusiastic of playing Champions League matches in front of their fans again after one and a half years (see the quotes).

Though the list of the favourites changed hasn’t changed drastically, the line-ups went through some spectacular transformation and that can lead some unexpected results – at least based on the past ranks and traditions. Still, no doubt that this season will offer perhaps the strongest edition we have had in years.

It’s definitely the clash of Brescia and Ferencvaros which stands out in Group A – they played three times last season, the Italians claimed two fine wins in the group stage but in the semi-final the Hungarians hit back in one of the best matches of the year. Both sides saw changes in their respective line-ups but it’s going to be a spectacular battle anyway.

The other highlight on Tuesday is the Serbian derby. The capital’s newly built team Novi Beograd – also host this year’s Final Eight so it has a guaranteed berth – will put its stellar line-up to parade for the first time in the Champions League. Featuring Olympic and world champions, they are definitely the team to beat in this edition and they already showed some quality while beating Radnicki 18-14 two weeks ago (last season Radnicki came out on top in the domestic league finals before the new signings arrived to their rival).

Jadran Split also has high ambitions and a brand-new team with a couple of great players who already showed their level by clearing all three hurdles in the qualifications. They are very much in play and now they have a challenging start in Barceloneta – where a new, eventually Croatian head coach Elvis Fatovic leads the Spanish team to another quest.

Olympiacos, boosted by the arrival of Filip Filipovic, Andro Buslje and Marko Bijac among others, is a clear favourite in its opening game against Dinamo – but also in this group which is arguably the toughest one in recent years.

In the other group, title-holder Recco’s opening game in Marseille may turn into a thrilling battle – last season in Ostia they had two balanced matches with the Italians prevailing at the end, both times by two goals only.

These two sides and Croatia’s top brand Jug are perhaps the favoured ones for the F8 while the other five may have more or less equal chances to make the cut. Thus winning home games is crucial and OSC (against Steaua) and Zvezda (against Spandau) are well set to achieve that, especially because they are fresh from a great march in the qualifications.

As usual, fans are invited to watch all matches via free live streaming or check the live-scoring site too – now everything is available at one place, together with news, rosters and more, on our brand new Champions League website.