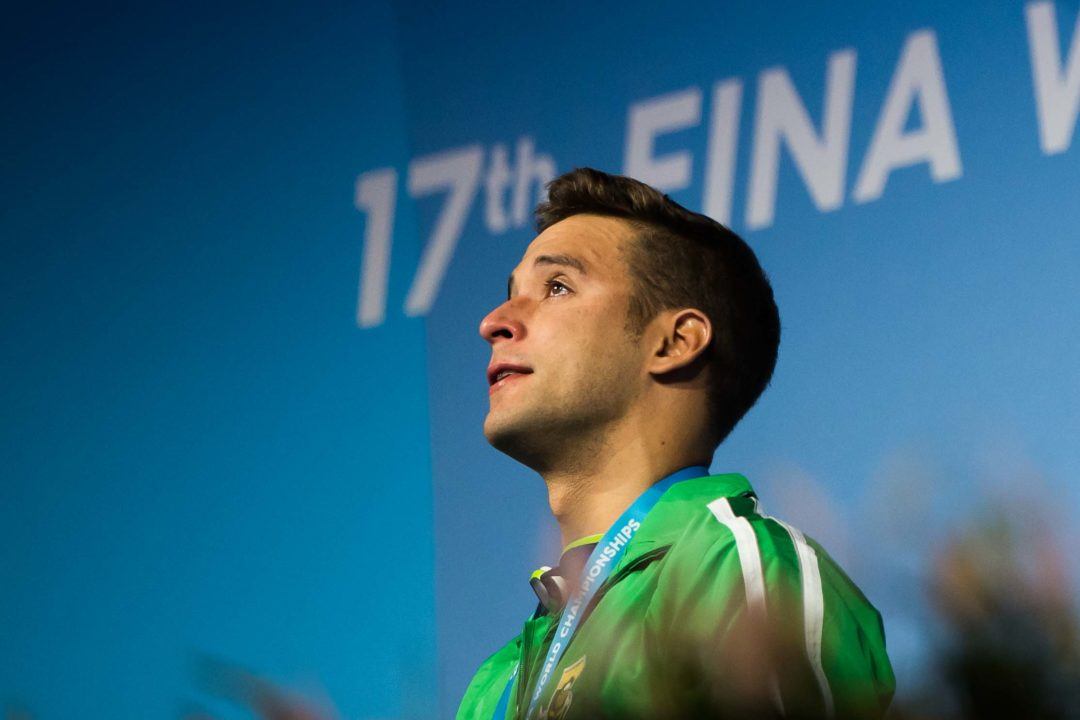 Giusy Cisale of SwimSwam Italia contributed to this report.

There, he trained under coach Andrea Di Nino and alongside Italian youth swimmers Thomas Ceccon and Federico Burdisso. Ceccon is an Italian Junior Record holder in the 100 back and a member of the country’s 5-swimmer Youth Olympic Games later this summer; while Burdisso is the Italian Junior Record holder in the 200 fly, Le Clos’ specialty event, and likewise is destined for the YOGs.  Both swimmers raced at this summer’s European Championships, which was one of the best-ever performances at that meet by Italy.

The FINA Swimming World Cup begins on Friday in Kazan, Russia, with a new format and a new three-day meet schedule (as compared to the prior two-day runs). Le Clos is a 4-time series champion, and has twice-as-many individual event wins as any other man in series history with 138 (Vlad Morozov is 2nd with 66, plus 14 relays). Le Clos could be due for a big season, especially in the opening two long course meets, since he didn’t have a major long course international competition to compete at this year (South Africa didn’t attend Pan Pacs, like they usually do).

“Italy has had and has many great champions like Filippo Magnini, Federica Pellegrini, Gregorio Paltrinieri and Gabriele Detti,” Le Clos said of his time training there. “The guys who are swimming with me are really amazing, because they are very fast and very young. Training with them was a great challenge for me and for them. I am curious and excited to see them at the Youth Olympic Games, where I will go personally. I will be in Buenos Aires as a YOG ambassador. I think the future of Italian swimming is very positive.”

Chad’s never swam at Pan Pacs. He swam a 50.6 100 fly in April, so he was probably fully tapered for that meet. Plus he kept talking about how much he wanted to get 7 gold medals at the Commenwealth Games.