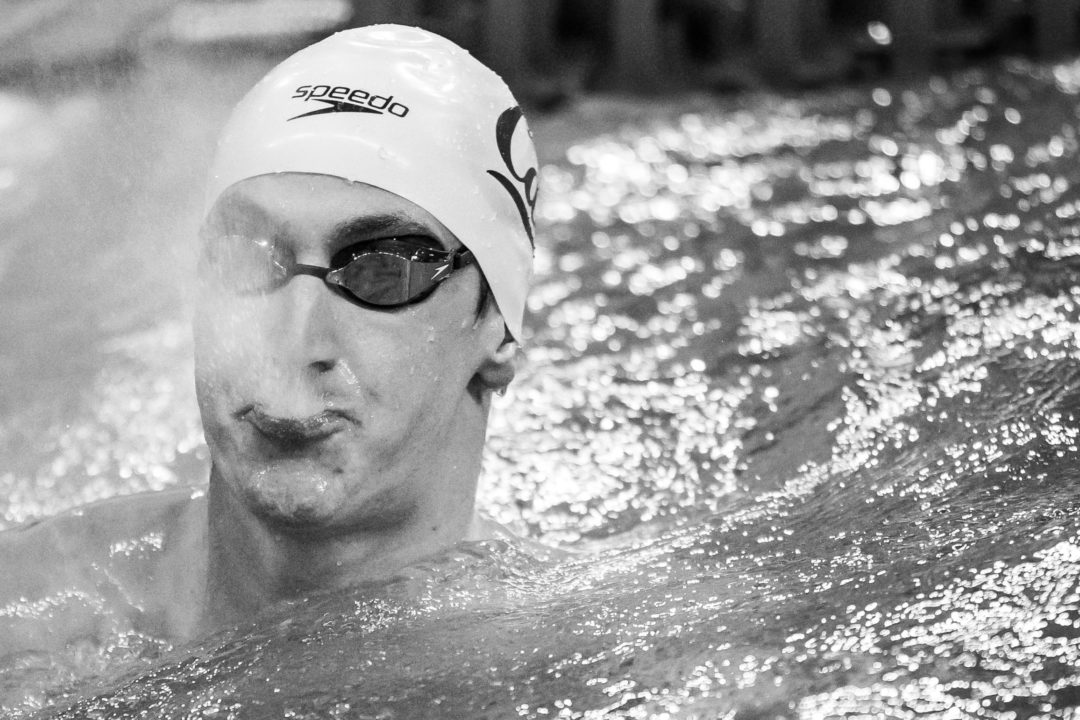 The Cal Bears won the meet-ending 400 free relay to put an exclamation mark on their standout performance at the 2021 Men’s Pac-12 Championships, recording a time of 2:48.66 to lead the field by almost two and a half seconds.

Freshman Bjorn Seeliger proved once again that he’s able to elevate his performance on relays, putting up the fastest split in the field at 41.43 swimming second. That beat out Ryan Hoffer‘s 41.69 anchor leg, though the senior did win the individual event earlier in the session in 41.57.

Behind Seeliger and Hoffer, the third-fastest flying split in the 400 free relay field actually came from Cal’s ‘B’ team, where Hugo Gonzalez put up a 42.26. It was Destin Lasco swimming the third leg for Cal’s ‘A’ relay in 42.53, with senior Daniel Carr leading off in 43.01. Senior Nate Biondi also put up a PB leading off the ‘B’ team, clocking 42.93.

Arizona’s Marin Ercegovic had the fastest opening split in 42.49, leading the Wildcats to a second-place finish, and USC’s Nikola Miljenic had a solid 42.30 leg for the Trojans.

did anyone see what happened to biondi in prelims? out in 19.8 but then live results says he went 58.3??

edit: just read the prelims live recap and saw that he went for the 50 split so never mind!

Honest question about Hoffer…
He was so fast as a high schooler but he hasn’t significantly improved since then. His 100 free pb is from late 2015. Did he physically develop very early or has he had injury problems?
I think there was fair optimism to think he would be able to challenge Dressel’s records.

Good honest question and it points to the most difficult part of assessing high school athletes and projecting where they’ll be at the University (D1) level. It’s the question of: who’s an “early physical bloomer” (and ultimately a lower ceiling and best years in high school because athlete is physically peaked ) versus a “late physical bloomer” (high ceiling and significantly best years ahead). You would think with timed based sports like swimming and track that making that assessment would be more quantitative than qualitative. But it can still be a “gut feel” based on an athlete’s performance history.

So who joins Hoffer and Seeliger on this relay at the big meet? I’d be hard to ignore the 42.26 Hugo just put up…

Have to imagine they just go with the hot hand–hard to say now before you see how fast people go when they’re fully tapered and shaved. They have a lot of options–Biondi, Carr, Gonzalez, Mefford, Julian could all be on the relay if they’re “on”

Biondi doesn’t have an individual qualifying time. Unless they are 100% using him on a relay, he won’t be at the meet