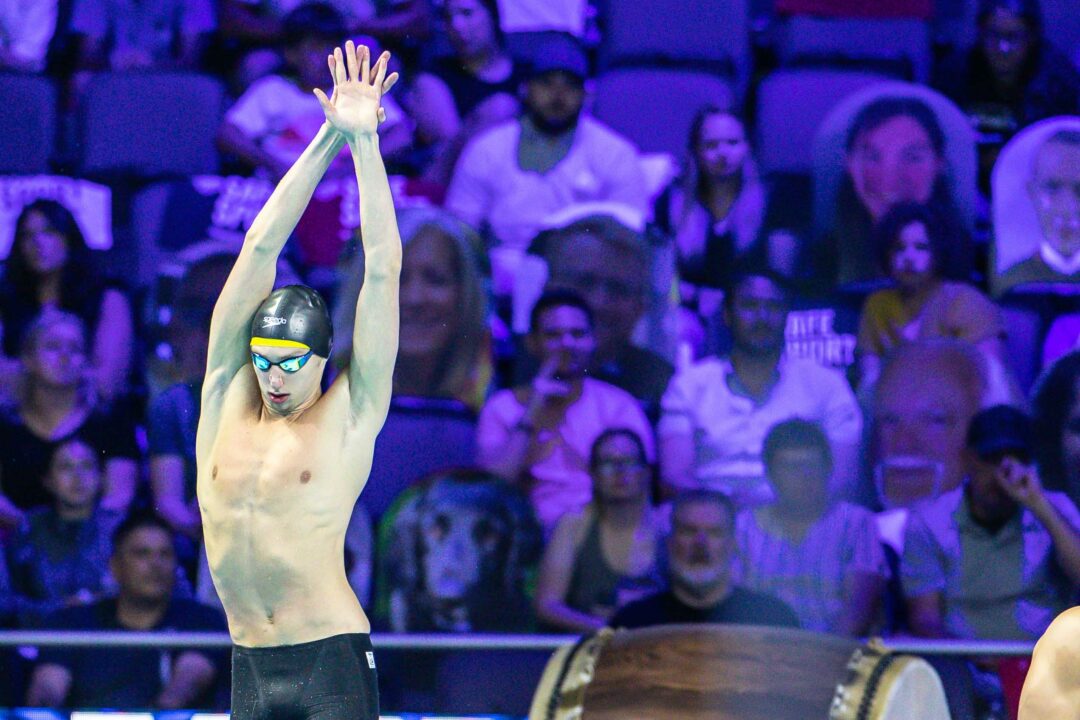 USC is dominating the invitational overall, with Trent Pellini's 51.63 100 breast among the school's top swims so far. Current photo via Jack Spitser/Spitser Photography

Day 2 of competition is underway at the 2021 Art Adamson Invitational, where USC got out to an early lead on Day 1.

USC had the top seven of eight qualifiers in the women’s 100 fly. Calypso Sheridan was the top swimmer, going 52.66, narrowly a best time. Kaitlyn Dobler was second at 53.39, a best time by nearly half a second, and Makenna Turner third at 53.42 — also a best time. It also appears that junior Laticia Transom swam her first collegiate 100 fly, going 53.53.

USC sophomore Kaitlyn Dobler, who owns the fastest time in the nation this year at 57.95, was the top qualifier in the women’s 100 breast with a 59.91. Nevada senior Donna dePolo followed in 1:00.60 and her classmate Wiktoria Samula was this at 1:01.16.

On the men’s side, USC’s Trent Pellini swam what would have been the fastest 100 breast in the country this season had it not been for Ben Patton racing around the same time at the Mizzou Invite. Pellini went 51.63, a best time by .13, while Patton was 51.50. TCU’s Janis Silins was second with a 52.31 and teammate Jadon Wuilliez was third with a 52.72, a best time by over a second for the England native.

Shaine Casas also scratched the 100 back after sitting out the 400 IM earlier in the session.

I love the addition of the 2021 cut lines for mid-season invites!

Casas forgot to set his alarm clock i guess.