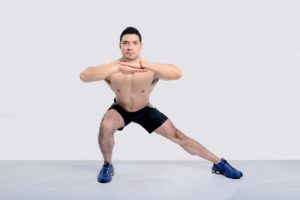 Today’s dryland workout is all about the glutes. 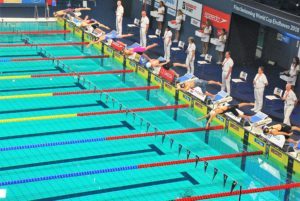 Arlington Aquatic Club’s Torri Huske and NCAP’s Phoebe Bacon continued to put up big swims on the last day of the 2019 NCAP Invitational in College Park.

Deuel’s highlight swim came in the 100 butterfly, where she dropped a lifetime best 52.95 to erase Kristen Romano’s state record from 2016.

Abigail Ahrens from Blue Tide Aquatics in Kingwood, Texas has elected to remain in-state to swim for the Aggies in 2020-21.

Desirae Mangaoang, the Philippine national record-holder in the 50/100/200m breaststroke, has announced her verbal commitment to Texas A&M.

NCAA mile champion Felix Auboeck will race at the meet, though he’ll step a little outside of his comfort zone 2 weeks before the World Championships begin.

LIAC freestyler Chloe Stepanek has announced she will be an Aggie in 2020-21.

Anthony Grimm is making a name for himself as a versatile sprinter – he took the top spot in the 50 fly this morning in a blazing 21.01. That’s seven tenths better than anyone in the field.