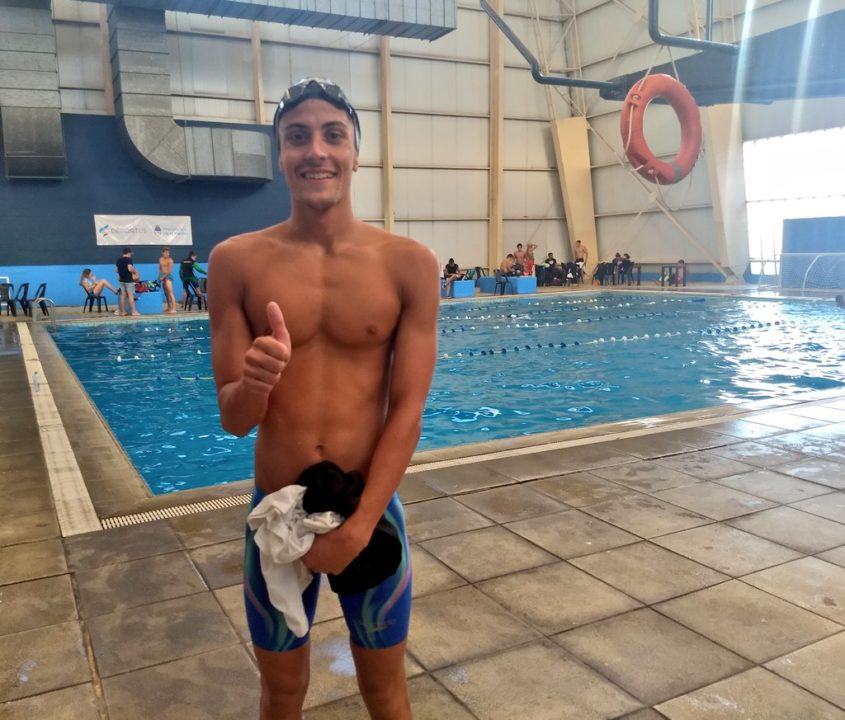 20-year old Santiago Bregliaffa broke the Argentina National Record in the 200 meter IM last week at the 2019 Argentina Summer Championships in Buenos Aires. He won the final of the event by almost 2 seconds, swimming a 2:04.62. That breaks his own National Record of 2:05.16 that he set as a teenager in 2017.

That was the lone senior National Record at the meet, though Julieta Lema broke an Argentina Junior Record in the 50 free, swimming a 25.97 to win the women’s race. That broke the old mark of 26.22 set by Andrea Berrino in 2015.

Most of the country’s stars were considerably short of their peaks. Macarena Ceballos, one of Argentina’s two top female breaststrokers, swept the breaststroke events. She won the 50 (32.57), 100 (1:10.47), and 200 (2:29.98) meter events, while South American Record holder Julia Sebastian was absent from the meet.